Josh Rosen on the Move? 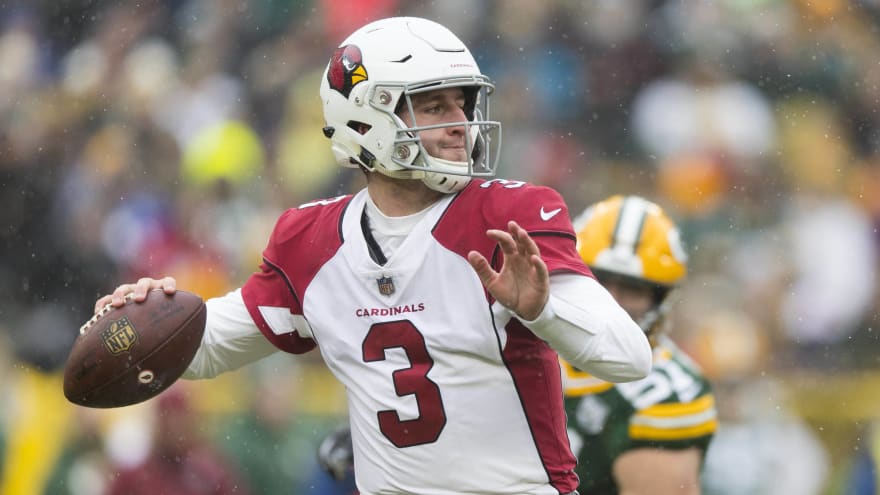 The Arizona Cardinals have a lot of decisions to make as the NFL draft is approaches, including what to do with Josh Rosen. We could very well see him dealt away to a team that will gladly have the promising quarterback.

​​Mechanically, Rosen is fundamentally sound. The way he drops back and releases the ball is what quarterback coaches dream of. Therefore, the one trade that comes to mind when I think about possible landing spots is the New England Patriots.

​​There are two reasons for why this makes sense. The first is Tom Brady, who isn’t getting any younger. Yet, under the tutelage of the eventual Hall-of-Famer, Rosen should develop nicely. With the Patriots deciding to practically give away Jimmy Garoppolo for just a second-round-pick, they need to find Brady’s replacement. We saw in 2017 what Jimmy could do. In 5 games, he posted impressive numbers of 1,560 passing yards, 7 passing touchdowns, and a 67.4% completion percentage. Once he was traded, we knew that San Francisco walked away with a steal.

​​The Cardinals can’t make the same mistake the Patriots made and need to ask for more than just a second-round pick. This leads me to my next reason the Patriots make sense. The Patriots have quite a few picks to deal out. The Cardinals need draft picks and need them badly. The Patriots have eight picks to work with (one first, two seconds, one third, one fourth, and three sevenths). A trade consisting of Rosen for their first, both seconds, their fourth, and 2020 fourth makes sense for both sides. Not only do the Patriots walk away with an exceptional young talent in Rosen, the Cardinals walk away with a plethora of picks to build up their depth chart. And remember, Josh Rosen was widely regarded as the second-best quarterback in last year’s stacked quarterback draft.

​The second team that could make a play for Rosen is yet again in the AFC East: the Miami Dolphins. They desperately need a quarterback after the Tannehill situation didn’t work in their favor. A trade with the Dolphins gives the Cardinals a bit more room with which to work. They could hypothetically ask for the 13th overall pick and perhaps include a  second and a fourth to boot for their troubles. The Dolphins are in a bit of an awkward place in terms of draft position relative to quarterback talent, as the top options could be gone by the time they pick at 13.​

​Although Rosen was in a bad situation in the desert, he still had moments of greatness, such as his game-winning drive against the 49ers when he showed poise during a two-minute drill and eventually found Christian Kirk in the back of the end-zone with 34 seconds on the clock. He finished that game with 252 yards passing and two touchdowns. Simply put, adding Rosen to the Dolphins would be an upgrade over Tannehill.

​​We have seen several blockbuster trades involving quarterbacks over the years. Some that come to mind are Brett Favre, Drew Bledsoe, Jay Cutler, and perhaps biggest one being Steve Young to San Francisco. If the Cardinals decide to trade Rosen, they better make sure they get a king’s ransom for him because he will one day be a great quarterback.