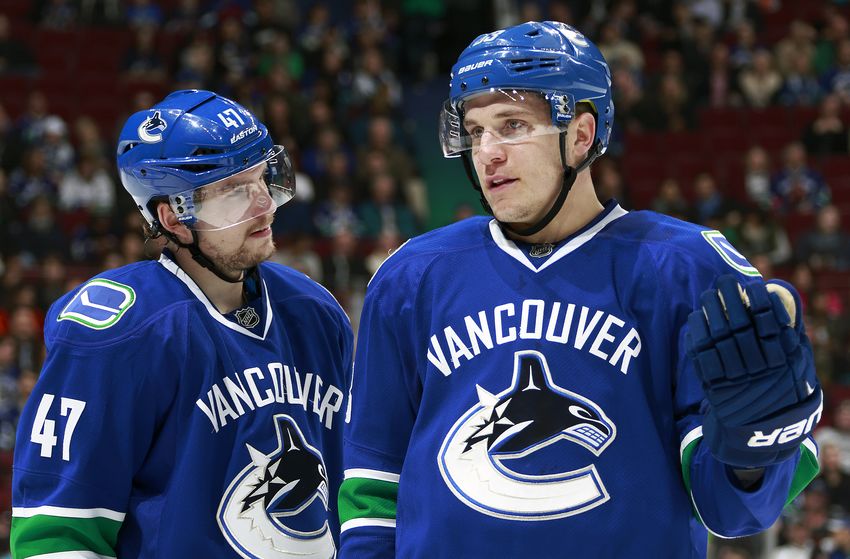 The Vancouver Canucks (27-30-3) entered their 1:00 PM PST afternoon bout against the Las Vegas Golden Knights (36-26-5) just 7 points behind the Minnesota Wild (32-27-6) for the final Wild Card spot in the playoffs despite having below a .500 record. Concluding their 3 game road trip against Vegas—who are fresh off the heels of a shutout victory in Anaheim and are winners of three straight—the Canucks failed to establish momentum or rhythm from the opening stages of the game and it carried throughout a sluggish 3-0 defeat.

Ironically, it would be the Canucks who would muster the first quality scoring chance of the game in the early moments of the first period after Nikolay Goldobin stole the puck in Vegas’ zone and set up Elias Pettersson for a one-timer that would be steered away by Marc-Andre Fleury. Canucks rookie sensation Elias Pettersson has been having an electric rookie campaign, but recently finds himself in a slump over the last five games, getting just 2 assists over that span and only has managed 2 shots over his last four games. Leading all rookies with 26 goals thus far and 56 points overall, this drought of production is not uncommon for rookies when they hit the notorious “rookie wall.” Nevertheless, with talent and hockey I.Q far past his age, we should expect this spiral to end sooner rather than later.

After initializing the game’s first quality scoring chance, the Canucks would allow the Golden Knights to account for 7 shots in the first five minutes of play, and overall were outshot 16-6 in the initial frame. Continuing the trend, they would enter the second period of play with sloppy play on their opening shift where Vegas would set the tone by dominating in the Canucks zone. Jacob Markstrom would play phenomenally, and he was the primary reason why this game was respectable; but there was only so much he could do. Being under siege with shots galore by Vegas, Markstrom would give up the opening goal of the game to Max Pacioretty, who would net his 21st off a set-up pass from Paul Stastny and a miscue of positioning by Canucks F Brock Boeser. Vancouver would fail to have a response to the goal and by the 12:49 mark of the second period, they finally got their second shot on net at Fleury. A few minutes later, Vegas would tally their second of the game as Ryan Carpenter would score after multiple rebound opportunities with another miscue by Ben Hutton, who was unable to move the puck out of the zone, allowing the play to develop. Vancouver would allow a third goal to Vegas in the dying moments of the second to Reilly Smith, who would have a partial breakaway earlier that same shift and again after the Canucks failed to get the puck out of their zone.

The story after two periods of play was the Golden Knights’ utter domination of the Vancouver Canucks, who appeared hungover while playing an early afternoon weekend game in Las Vegas and the sensational play of their netminder to keep the game within three goals. They were brutally outshot after two periods, 38-14, and in the third deja vu would strike as their 2nd shot of the period arrived at the 4:11 mark of the frame. Marc-Andre Fleury would go on to save all 19 shots he faced as he now has back-to-back shutouts and adds on to his league leading 8th of the season.

The Vancouver Canucks next game comes on Wednesday when they play the Toronto Maple Leafs and conclude their 3 game road trip. Playoff aspirations appear bleak and unrealistic at this point, but they need to have a bounce back effort against one of the premier teams in the league.