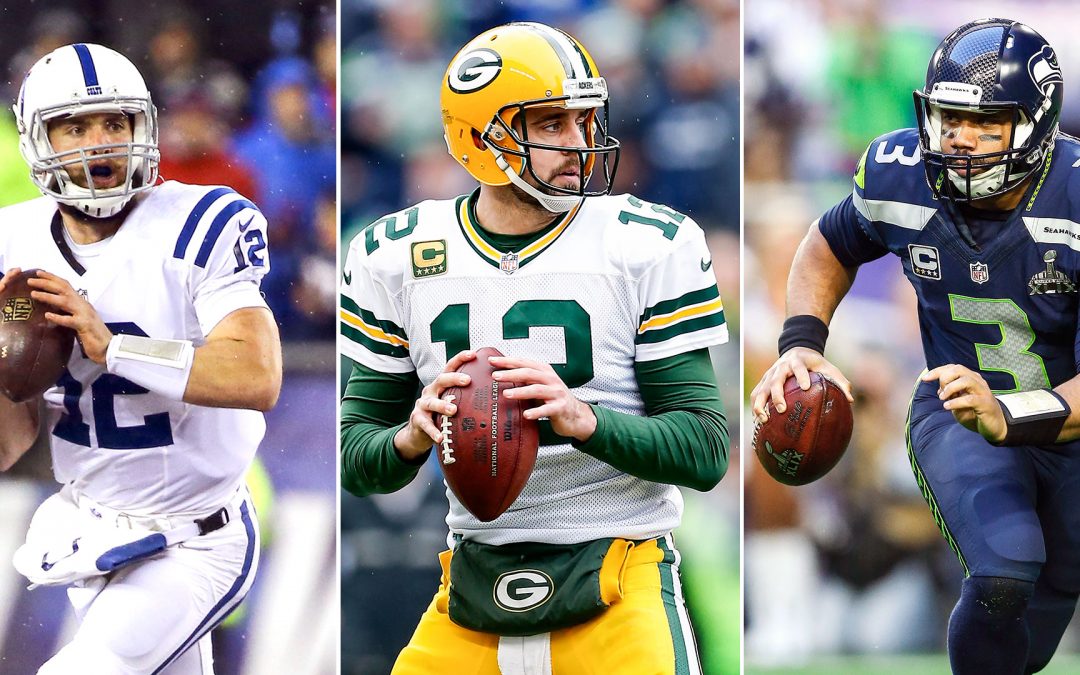 No surprise, my number 1 most likely matches every other fantasy owner and that is Patrick Mahomes for the Kansas City Chiefs. Coming off the best fantasy season for a quarterback with 417 points, I expect Mahomes to repeat his QB1 performance, but not on as great of a scale as he did in the 2018 season. Although Mahomes is going to repeat his dominance, I have had one major problem with Mahomes so far this off-season, and that is his current ADP. In one QB leagues, Mahomes’ current ADP is at 3.03 and in 2 QB or superflex leagues his current ADP is 1.04. This is outrageous. By taking Mahomes at pick number 4 in your superflex league, you are passing on a workhorse back like Gurley or Kamara, and by passing on them it results in getting your RB1 to be a David Johnson or Joe Mixon. Just as an example, the gap in points between Todd Gurley and David Johnson was almost 140 points, which was a larger gap than Mahomes and the QB2 (roughly 70 points). Yes Mahomes throws left handed and makes flashy passes, but don’t fall into the trap of taking a quarterback early in your draft this year, as the gap between workhorse running backs and running backs in the middle tier should be large enough to favor you away from the Mahomes hype. Coming off an unexpected season of fantasy domination, I have no doubts that Andrew Luck will continue to light up opposing defenses. No one really knew how Luck was going to lead this young Colts team, but he showed that even with a lack of weapons, he can still produce at a solid QB1 fantasy level. The Colts will add weapons in free agency and the draft, which is only going to make Luck’s fantasy production rise. Owners should have no worries in terms of production if their QB1 is Andrew Luck. Coming off a disappointing season, this future Hall of Fame quarterback will provide nothing less than a bounce back season. With an O-line ranking 26th in protection rate and a supporting cast efficiency ranking 21st, it was safe to say the overall weakness of the Packers offense was the leading factor to Rodgers poor performance. An important factor to his success is finding chemistry with another receiver besides Adams, and obviously that was hard last year as it seemed the WR core was always banged up. With a whole off-season and an offensive minded coach, I expect Rodgers to find that chemistry with the sophomore receivers on the team, which in result will put Rodgers back at the top of the QB rankings in fantasy next season. Watson owners rejoiced at the end of last season as their risk of putting early draft capital towards this injury prone quarterback paid off, as Watson provided a full healthy season. Coming off a shortened rookie season due to injury, fantasy owners were left with a hard decision of if they should spend a early pick on this high upside QB for the Houston Texans. The only negative side to Watson’s game is the lack of a good O-line, but besides that Watson is a dual threat QB that is a solid bet to finish as a top 5 fantasy quarterback. His dual threat ability played a huge role in his fantasy production, as he averaged 3.4 fantasy points per game from rushing the ball. Look for Watson to repeat as a top-end fantasy QB; and if the Texans can figure out their O-line problems, Watson has a legitimate chance to push for that QB2 spot. Coming off a quiet season of fantasy domination, Matt Ryan finds himself at number 5 in my rankings. After finishing as QB3 and only 2 points out of a QB2 last season, it seems almost as if Matt Ryan has been forgotten about. Due to the poor season the Falcons had, Ryan scored the majority of his points in garbage time in the 2018 season. Although this may seem scary for owners when they are deciding on if they should draft Matt Ryan, owners should not worry about having Ryan as their QB1. With Julio Jones and Calvin Ridley as the main offensive pieces, there is no reason why Matt Ryan should put up poor passing numbers. Not only does he have amazing pieces surrounding him, but with Dirk Koetter running the offense the passing volume will not change. Yes the Falcons team in the big picture needs some work, but do not let that drive you away from taking Matt Ryan in the later rounds of your draft. Coming in at number 6 is the Tampa Bay Buccaneers quarterback, Jameis Winston. Coming off a frustrating season, Winston will not be splitting time and is hoping to provide solid fantasy production for the 2019 season. I have no problem with putting Winston this high due to the fact that the only thing holding him back last season was Ryan Fitzpatrick. With a new head coach in Bruce Arians and a full off-season to clean some things up, Winston is going to provide QB1 numbers. With what will most likely be a terrible defense in 2019, Winston will only become more appealing as the Bucs will need to throw the ball to come from behind the whole game. And with an amazing supporting cast and a viable head coach, Winston is an awesome value pick in the late rounds of drafts. He is one of my favorite quarterbacks I have been getting in mock drafts so far this off-season. Last year, it seemed as if this man could do anything, and I have no reason to assume that is going to change in 2019. With doubts of having no for sure starting running back and the predicted worst O-line, it looked as if Wilson was going to struggle to put up solid fantasy points. Needless to say, he definitely proved everyone wrong and finished as a top 10 fantasy QB. The part that is crazy is not the fact that he finished top 10, but that he finished top 10 with his team ranking 32nd in passing plays per game. As a fantasy owner, I hope that this number will increase, and if it does, I only see Wilson producing higher than QB9 numbers. Hence why I have him as my QB7. I have had a hard time ranking this guy as he continues to confuse me every fantasy year. Coming off a streaking hot start that led to a cold finish, I am hesitant when it comes to drafting Brees for the 2019 season. I do see some upside with Brees, as the Saints finished at 29th in team pass plays which I would expect to increase. If they can incorporate a couple more pass plays per game I can see Brees adding 5-6 more fantasy points per game, which will keep him as a lock in the top 10 for the 2019 season. It’s Baker time in Cleveland baby, and Browns fans and fantasy fans are excited for this new era to start. It is hard to find a reasonable spot for Baker’s floor and ceiling, but it only seems right to net him as a top 10 QB with Freddie Kitchens as the head coach. Mayfield provided QB1 numbers when Kitchens called the plays last year, and with a whole off-season to develop, Baker will produce good enough numbers to put him as a QB1 on his respective team. I would not put all of my shares into drafting Mayfield, but the excitement he brings will lead me to drafting him in one or two leagues. The only advice I can give with this is to have a backup plan in case the Browns return to their usual form. Although I do have Big Ben in my top 10, I do fully expect a drop in production from previous years since Le’Veon Bell and Antonio Brown will almost certainly be leaving this off-season. Without those two, I do not expect Big Ben to be a top 3 QB even though the Steelers tend to lead the league in pass plays per game. It will be up to the young core of James Conner and JuJu Smith-Schuster to help Ben stay in the top 10 for the 2019 season.

Make sure to check out my podcast on iTunes and my YouTube channel!