The Emergence of Brandon Ingram 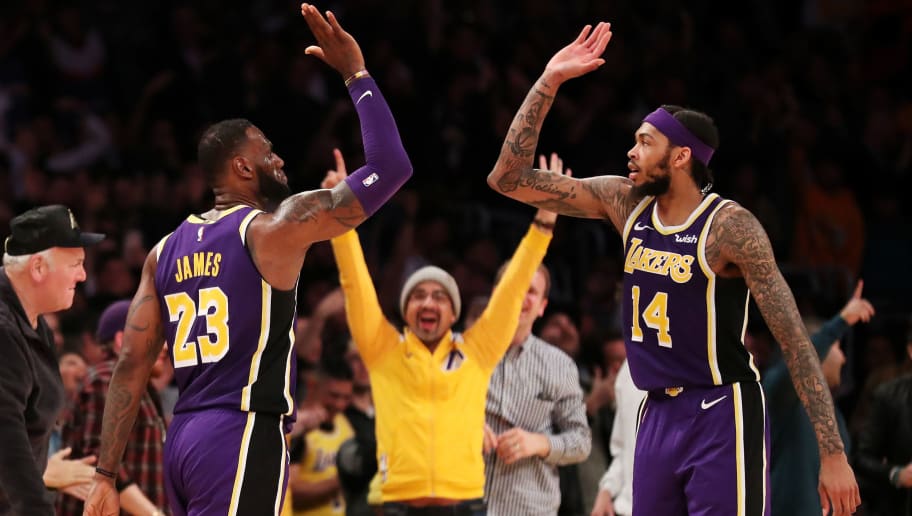 The Los Angeles Lakers are in utter disarray, currently sitting 10th in the Western Conference with a subpar 30-33 record when prior to this season’s start, there were expectations of a playoff appearance for the first time in the post-Kobe era. But now trailing the San Antonio Spurs by 4 games for the eighth seed with only 19 games left, this season looks lost. There is not much to celebrate for Lakers faithful; the year has been disappointing and drama has clouded the team for most of the season. So let us talk about something optimistic— the future of Brandon Ingram.

Brandon Ingram was selected 2nd overall in the 2016 NBA Draft and was regarded as a versatile wing coming out of Duke who had a body similar to that of Kevin Durant. Fans had high hopes and expectations for the then teenager; but in his rookie campaign he struggled, averaging a mere 9.4 PPG on 40% from the field. It is not unusual for fanbases to quickly jump to conclusions on a developing player, and in the case of Brandon Ingram, many quickly wrote him off as a bust or a wasted lottery pick. In his sophomore season, he showcased glimpses of future greatness, more specifically in the second half of the season when Luke Walton utilized him in a point forward role within the offense.

Brandon Ingram began to blossom with his new role, and with a developing young core, the future looked bright in sunny Los Angeles. It looked a whole lot brighter when LeBron James signed with the team in free agency. However, when it was thought other free agents would follow suit last offseason with LeBron to form a formidable team that would rival that of Golden State’s— they signed ball dominant bench players that really did not fill any of the team’s biggest needs. The Lakers failed to bring in another big name, or even strong role players. To make matters worse, they failed to make a trade for Anthony Davis at the deadline and in the process ruined chemistry and caused their young core to feel betrayed. A key component to that young core is Brandon Ingram, who after showing signs of growth last season has struggled to find a place on the court beside the greatest point forward of all-time, LeBron James.

However, Brandon Ingram has elevated his game to new highs recently, and in a season of heartache and misery for fans, his progression should be celebrated. Let me give you a breakdown of his last 5 games: 28 PPG, 9 RPG, and 3 APG on 59% from the field. He has been aggressive, as evidenced late in the Lakers game against the Milwaukee Bucks when he brushed off LeBron James calling for a pass. Instead, he took the ball strong to the hoop and got a trip to the line as a reward. Playing with a high level of confidence, he is slowly developing into the product sold to us before he was drafted. Ingram can knock down the long ball (though his consistency remains an issue), he has strides that rival those of Giannis Antetokounmpo and Kevin Durant, he has good court vision, and his length can be disruptive on the defensive side of the ball. We do not know what is going to transpire over the course of these last 19 games, and we do not know what Magic Johnson and Rob Pelinka have up their sleeves for the offseason; but Brandon Ingram is getting better and still has room to improve at the age of 21. Whether or not he is packaged this offseason for Anthony Davis, he is going to be a perennial All-Star in this league.