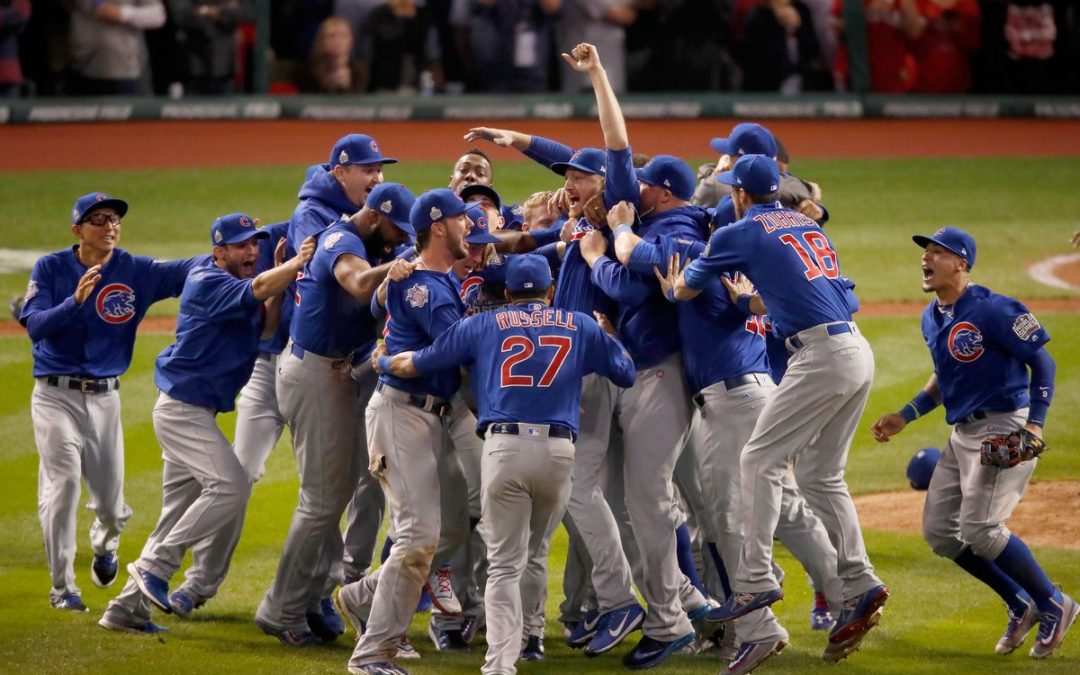 Baseball is right around the corner and if you haven’t noticed already, PECOTA (Player-Empirical-Comparison-Optimization-Test-Algorithm) does not project the club to be too hot this season. PECOTA projects the Cubs to finish LAST in their division at 79-83. The Cubs have made the playoffs each of the past four seasons. In those four seasons, they have made the NLCS three times and have one NL Pennant (2016) and one World Series (2016).

In 2018, the bats were not there for the Cubs, but people seem to forget that the Cubs were plagued by injuries the entire year. Also, at the end of the year, the Addison Russell domestic abuse suspension surfaced. A lot of drama seemed to be plaguing this once great core of young guys. There was even a question of if Joe Maddon should be fired. Although the Cubs’ GM, Theo Epstein, did not offer Maddon an extension, he is still the Cubs skipper for one more year. Joe has one more year to “prove it.” I am here to tell you, like the great Aaron Rodgers once said, “R-E-L-A-X, Relax”.

The Cubs are on a revenge tour. Not only against their division foes, the Milwaukee Brewers, but the rest of the league. The league seems to think their pitching staff is too old and that Kris Bryant and Javier Baez are overrated. The league MVP, Kris Bryant, is going to silence the haters this year. Kris Bryant dealt with a shoulder injury for the better half of last year after sliding head first into a base last year. He eventually came back, but was not the same.

This year is different. The Cardinals added Paul Goldshmidt and Andrew Miller, but people seem to forget the Cubs absolutely rocked Miller in the World Series. David Ross, DAVID ROSS went yard off of Miller. Miller logged 2 1/3 while giving up 4 hits, 2 earned runs, a home run, and one strikeout. The Cubs seem to step up when their back is against the wall; they just find a way to get it done. What better way to prove that than being projected last in your division to winning the World Series (yeah I said it). There was speculation around the league that Bryce Harper wanted to play for the Cubs because of his friendship with Cubs 3rd basemen Kris Bryant. Although the Cubs didn’t sign the 26 year old phenom, there is absolutely no reason to worry. The Cubs had a “down year” last year and were knocked out in the Wild Card round against the Rockies. Yes, that is a reason to panic, but it’s a new year.

If healthy and performing the way they can, this could be the hottest lineup in all of baseball. There’s room for debate, but nobody can deny the capabilities of this group. Not to mention their rotation for next year:

Yu Darvish is BACK

“I feel good,” Darvish recently said after entertaining a contingent of Japanese media. “My fastball hit 94 and averaged 92. It had more life.”

Picking up Cole Hamels’ option was the best move this offseason the Cubs could have possibly made. When Hamels moved from the Rangers to the Cubs, he instantly became what he once was: a STUD.

So yes, RELAX. The Cubs didn’t need to make any huge, cap altering decisions this offseason. Anybody in the MLB would like a Harper or Machado, but the Cubs shouldn’t feel desperate to do that. The pieces are right here in Chicago, they just need to perform the way everybody knows they can. Use PECOTA projections (79 wins), Joe Maddon PROVE IT contract situation, and the doubters as motivation to fuel this plane and TAKE OFF!