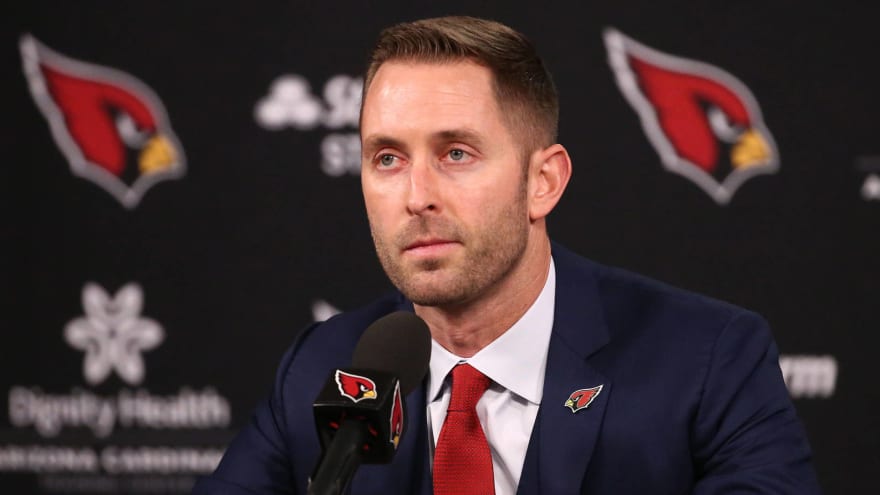 Kliff Kingsbury is a well-known offensive guru who has ran several offenses with the likes of Johnny Manziel, Pat Mahomes, Case Keenum, and Baker Mayfield. The list of QB’s he’s coached is impressive. Even more impressive is his ability to run a prolific offense.

​In 2011, Kingsbury’s Houston Cougars topped the C-USA in both points (50 ppg), and yards per game (599.1), which earned him the 2011 Offensive Coordinator of the Year award. During Case Keenum’s four-year-career at the University of Houston, he posted gaudy numbers, including breaking the NCAA record for most career passing yards at 19,217 yards. Keenum also had the most games with at least 400 yards in a career at 21 and held the record for most career completions with 1,546. Kliff molded the undersized two-star prospect into one of the best quarterbacks in NCAA history.

​​​Kingsbury then took his talents up the road to College Station in a lateral move to become the offensive coordinator at Texas A&M and usher in the Johnny Football Era. The offense Kingsbury installed was historical. Johnny Manziel broke multiple FBS and SEC records, including becoming the first freshman to throw for at least 3,000 yards and rush for 1,000. He also became the first freshman to win the Heisman, Davey O’Brien, and the Manning awards. He totaled a combined 5,116 yards (3,706 passing and 1,410 rushing), and 47 TD’s (26 passing and 21 rushing). That same offense averaged 44.5 points per game (1st in SEC) and 558 yards per game (1st in SEC).

​​​In the Cotton Bowl, Manziel and Kingsbury led an inspiring 41-13 blowout over the Oklahoma Sooners as they had a combined 516 yards (287 passing and 229 rushing) and scored a total of 4 TD’s (2 passing and 2 rushing).

​After just one season with the Aggies, Kingsbury moved on to a more significant role. He became head coach for the Texas Tech Red Raiders, where he once played QB from 1999 to 2002. Kliff would go on to coach multiple current stars, most notably Baker Mayfield and Patrick Mahomes.

​​​During the 2013 season, Mayfield, along with Davis Webb, combined for a total of 5,033 passing yards and 32 passing TDs. The 2013 offense ranked third in the Big 12 in points per game with 35.8 and second in total yards per game with 511. They finished his inaugural regular season 8-4 and with a Holiday Bowl birth against Arizona State. They ended up winning the game 37-23 behind Davis Webb’s 403 passing yards and four touchdowns.

​​​The following year was not as kind to Kliff. Then Heisman candidate Davis Webb suffered a season-ending ankle injury against TCU in October. However, there was a bright side to the season: Patrick Mahomes. That season, Mahomes set a freshman passing game record against Baylor when he threw for 598 yards and six touchdowns. Going into the 2015 season, Mahomes was named the starter. He finished the year with 4,653 passing yards and threw for 36 touchdowns.

​​​Mahomes showed an ability to scramble as well as he rushed for 10 touchdowns. Kingsbury’s high profile Texas Tech offense ranked second in the Big 12 in points and yards per game, with 45.1 and 579.5. Mahomes would go on to have an exceptional career at Texas Tech under Kingsbury, as he finished with a career total of 11,252 yards passing and 93 TDs thrown in three years.

After being fired by Texas Tech​, ​​Kingsbury is now the new head coach of the Arizona Cardinals, where he expects to further continue the evolution of the air raid offense in the NFL. However, the question of who they will ultimately select with the first overall pick remains. On one hand, they could go after the best bet in the draft, Nick Bosa. On the other, they could shake up the current NFL landscape by selecting Kyler Murray; a natural fit in an air raid, shotgun offense.

​​​After the Cardinals just drafted Josh Rosen in the first round of the 2018 NFL Draft, conventional thinking would have them leaning towards Nick Bosa, as he is by all means, the can’t miss player of the draft. However, Kingsbury said in October of 2018 that he would undoubtedly take Kyler Murray, someone he once recruited to Texas A&M, first overall if he had the chance.

​​​Kyler Murray is the most logical choice to run an air-raid type offense alongside David Johnson, who will be a threat for a Kingsbury offense that loves to use backs as receivers. When healthy, Johnson excels as a receiver (50 catches for 446 yards in 2018, 80 catches for 879 yards in 2016).

Rosen, on the other hand, is known as a pro-style type quarterback, as he lines up under center and drops back five to seven steps in the pocket. Rosen is a smart quarterback, so there is hope for his development in the Kingsbury offense; but with Kingsbury’s love for Murray, anything is possible. When Thursday, April 25th comes around, it will be interesting to see what GM Steve Keim and Kliff Kingsbury ultimately do.