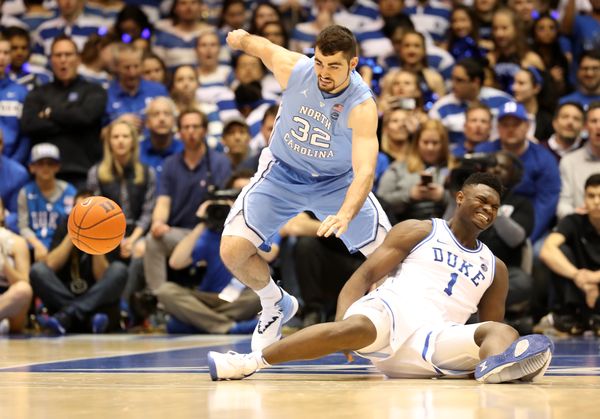 Duke Blue Devils’ freshman, Zion Williamson, has been out with a Grade 1 sprain in his right knee. The injury occurred last Wednesday in a game with the North Carolina Tar Heels. On the play where Williamson was injured, his shoe blew out. Zion is the number one draft prospect and will be the number one overall draft pick in June.

Over the last week or so, a lot of people have been talking about if Williamson should return to college basketball, even if he is completely healthy. Allow me to break down both sides of the spectrum.

Why Zion Should Play

If Zion can come back at 100%, it is reasonable to assume the freshman will be back. Not many college basketball players have a chance to win a national title for an elite program. Williamson will not want to let his teammates down. Some of Duke’s players may never make it to the NBA, so a chance to win a national title is all they got. The biggest reason he should play is for the love of the game. If you love basketball, you will go out there and ball out. You know the NCAA wants him to play because they make a lot of money out of it, even though Zion sees none of it.

Why Zion Should Not Play

Zion should not play if his knee takes a long time to heal. There is no reason for Williamson to rush back if he is not healthy. If Zion does hurry back, he would risk hurting his knee more. He also has nothing else to prove in college; he will be the number one pick if he plays or not. Williamson could use the time to work on his craft, get ready for the NBA combine, and he would not risk further injury. If Zion does come back, he could risk significant injury and could lose out on some of the millions of dollars waiting for him in the NBA. Right now, college basketball makes a lot of money, and Williamson gets none of it.

The Duke-North Carolina game had tickets going for Super Bowl ticket prices, and former president Obama was in attendance to watch the game and see Zion, not Duke. It is time for college athletes to get some sort of salary.

I thought about this decision for a while, and I still do not know what I would do if I were in Zion Williamson’s shoes. On one hand I would like to play because of my love of the game and I love playing with my teammates. On the other hand, I wonder if I would be scared to risk significant injury after the injury scare. There is no right or wrong answer; either decision is understandable for Zion. However, if it was up to me, I would choose to play and have a chance at a national title.