Team Dynamics and The Miracle on Ice 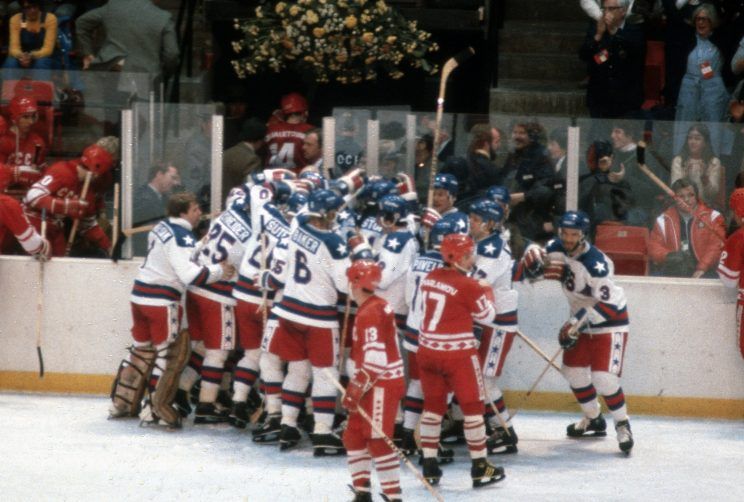 Team dynamics can make or break a team of any sport, at any level. Team dynamics are unconscious, psychological forces that operate between different people or groups in a team, impacting how a team interacts and performs. They are created by the nature of the team’s work, the personalities within the team, their relationships with other people, and the environments in which the team exists. A team can have all the talent and potential in the world, but if their dynamic is off, may never win a game or be a competitive team.

One team that relied upon their dynamic from day one was the 1980 USA Men’s Olympic Ice Hockey Team. With professionals banned from competing, the team consisted of 20 US collegiate players hand-picked by head coach Herb Brooks with the help of his coaching staff and coaches he called on across the country. Age was a common factor among the athletes and benefited their dynamic, with the team being the youngest Olympic team ever fielded by the United States. Out of the 20 men on the final roster, nine of them played for the University of Minnesota under Brooks. Only 8 of the players, along with assistant coach Craig Patrick, were not from Minnesota, supporting that demographics were a large factor in the team dynamic. Contrary to popular belief, due to the portrayal of the movie “Miracle on Ice,” the players didn’t hate each other. The quarrel during a practice between Jack O’Callahan and Rob McClanahan never happened. Ralph Cox’s famous one-liner “I’m from wherever’s not gonna get me hit” (one of my favorite quotes), is entirely fictional. In reality, the team bonded and gelled instantly under Brooks with the common goal to beat the Soviets and win the gold medal. It didn’t matter where they were from or where they were going, all that mattered is where they were at that point in time and what they could do about it. As it turns out, they could and did do a lot.

That being said, Herb Brooks worked them as hard as the movie illustrated. The work ethic and respect of both players and coaches affected the overall team dynamic. Brooks earned the respect of his players and made sure they earned his as well. Youth ice hockey players around the world still start or end their practices with suicide sprints, termed “Herbies” after Brooks had his team skate them for 45 minutes following a game even after the arena lights turned off; after all, the legs feed the wolf.  He was quoted as saying, “Sometimes a good kicking is good for a quality athlete and a quality team,” referring to the 10-3 pre-tournament loss to the Soviets, but can also relate to a hard workout or hearing the tough truths regarding a player’s effort and performance.

The effect coaching and coaches have on a team’s dynamic may be the most crucial aspect. Whether or not a coach plays to the advantages of a number of players coming from the same team, using that pre-existing chemistry, or switching it up with new lines and player combos. How coaches react to a brutal loss or an easy win tells their players a lot about them. Coaches need to be in control of their mindsets and emotions when making game decisions, unlike the Soviets’ coach Viktor Tikhonov, who pulled their goalie after the first period of the Miracle game when the score was tied 2-2. Most importantly, how coaches interact with their athletes on an individual level versus how they address the team overall by giving direction and feedback. Herb Brooks made his team work for it, but he always had words of encouragement and advice to keep them going, “You were born to be a player.  You were meant to be here. This moment is yours.” My personal favorite of the great Brooks was “Play your game.” They may just be words, but when said at the right moment, to the right person/people, they could just be the start of a miracle.

Language is a variable not to be overlooked. A simple goal of “I want to win” should evolve to “we want to win” or “we want to execute this play perfectly,” after all that’s how the Miracle came to be.  Team USA player, Mark Johnson, was quoted saying “We knew we were younger.  We knew we could outskate them. We knew we were going to break our butts to beat ‘em. And we did.” In sport, it doesn’t benefit anyone to dwell on mistakes during competition. You just have to look for the positives, keep a healthy mindset, and take the small wins, turning them into bigger ones. Is an underdog ever really called an underdog until they come out on top? Following the Miracle, defenseman Mike Ramsey shared, “Maybe we overachieved, but we were a damn good hockey team.”

When it all comes down to it, team dynamics start at the individual level. It is up to every player, coach, athletic trainer, team manager, etc. to establish themselves as a member of the team, put their self-pride aside, respect the other people and parties involved, and work to earn their respect in turn. They have to believe and buy into the team in order for a true team to exist. Every four years, the USA puts together a roster to compete in the Winter Olympics, but it’s not every four years that a team emerges. And that is what truly sets the 1980 US Men’s Olympic Ice Hockey team apart.

As always, thanks for reading Unwrapped Sports fans! Next time your team suffers a big loss, remember you don’t have to believe in miracles, but a little belief in your favorite player or the team itself goes a long way.