The Rangers Send Mats Zuccarello to the Stars for Draft Picks 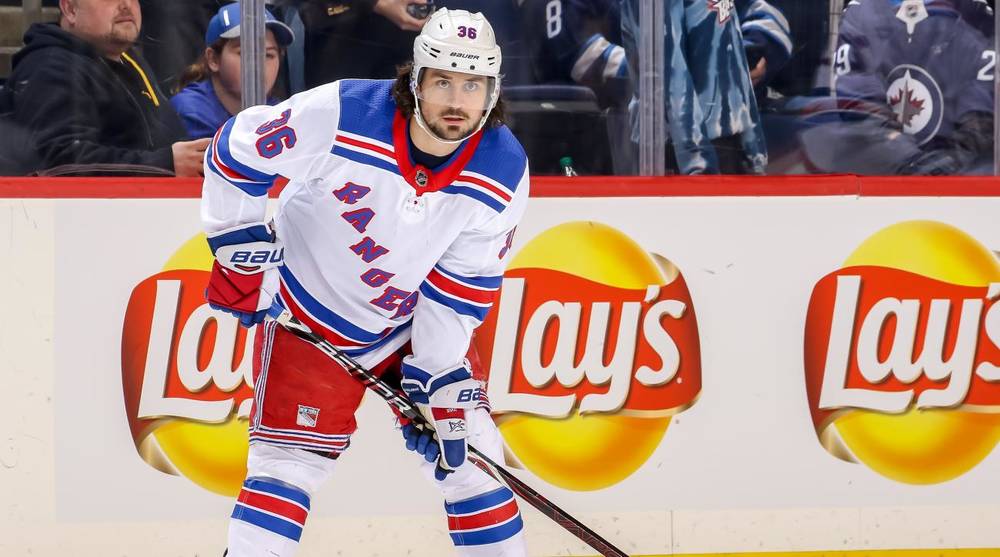 After nine years (509 games), the Mats Zuccarello era has come to end in New York. The New York Rangers have agreed to send fan favorite, Mats Zuccarello, to the Dallas Stars for a 2019 conditional second-round pick and a 2020 conditional third-round pick. It was not much of a surprise, as Zuccarello was a healthy scratch Saturday afternoon in the Rangers’ matchup with the New Jersey Devils.

The Rangers definitely missed out on grabbing some prospects from Dallas, so Rangers fans need to pray the Stars can get to the conference finals just to get the first rounder. This trade falls into the Stars favor as they can use these saved prospects for another trade as they look to squeeze into the playoffs where they currently hold the first wild-card spot.

Zuccarello became a Rangers fan favorite from the very beginning. His first career NHL goal was an overtime goal at Madison Square Garden against the Carolina Hurricanes, and this was just nine days after recording his first career assist. It all went uphill from there.

Zuccarello has been the heart and soul of this team for a couple of years now. He was always the smallest guy on the ice, but he would not back down from any challenge. From making big-time plays to getting into the face of players like Zdeno Chara and George Parros, Zuccarello won the hearts of all Rangers fans.

During his nine seasons in New York, he won the Steven McDonald Extra Effort Award three times, which is presented annually to the Ranger who, as chosen by the fans, “goes above and beyond the call of duty.” He took much honor in winning this award and said it had a better feeling each time he won it.

Zuccarello has been the shootout king of the Rangers since he came up. His creative skill-set in shootouts won the Rangers a couple more games than they otherwise would have. He finishes his Rangers career with a shootout percentage of 50%, going 19 for 38 in total.

The MSG faithful will sure miss seeing Zuccarello in a Rangers jersey. The “ZUUUUUUCC” cheers will no longer be at Madison Square Garden, but now will be a Stars cheer, at least for the remainder of the season. This move also continues the streak of Rangers alternate captains that have been moved in recent years, including Rick Nash, Derek Stepan, and Ryan McDonagh.

The Stars just got a creative playmaker who plays well with speed. A huge plus for them is Zuccarello has the playoff experience, especially with the year the Rangers made their run to the Stanley Cup finals.

The Stars hold onto that wild card top spot with just 21 games remaining in the season and adding Zuccarello is a nice piece to go with players such as Tyler Seguin, Alexander Radulov, and Jamie Benn.

Although, if Zuccarello does not resign with the Stars in free agency, do not be surprised if the Rangers offer him back a hometown discount to finish it out in New York where it all started. I’m sure many Rangers fans would love to see that, just like I know I would.

A message from all Rangers fans to Mats Zuccarello: “We thank and salute you.”