The Greatness of Dirk 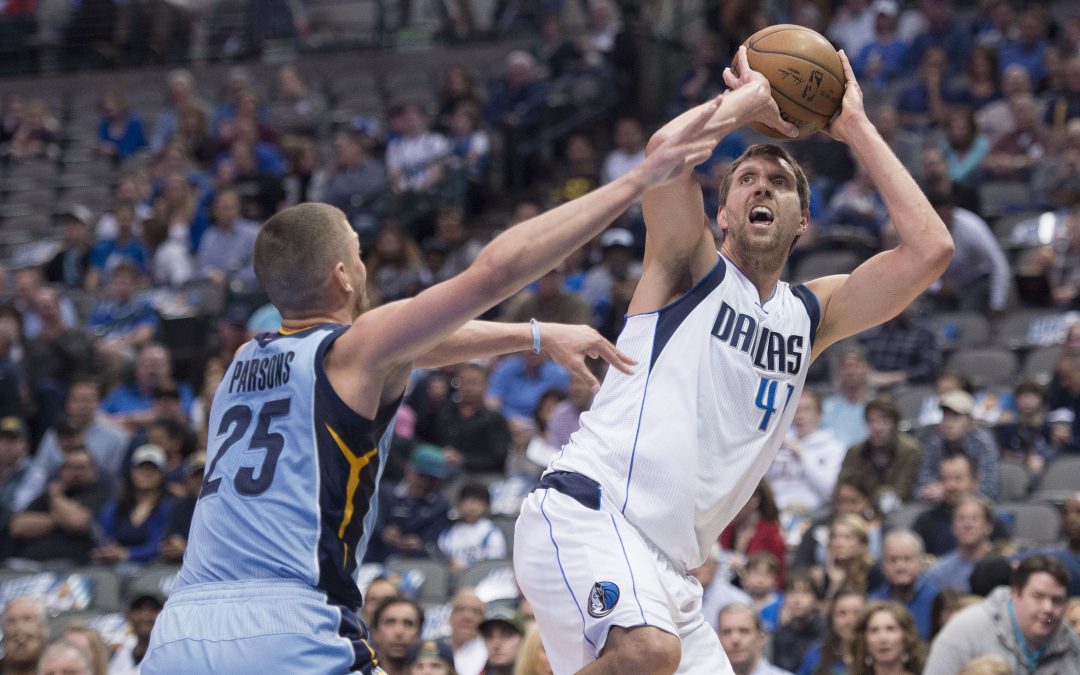 When you hear Dirk Nowitzki’s name, what comes to mind? Is it his awkward yet beautiful shot, his uncanny ability to make difficult shots, or is it his love for the game? For me it’s all of those things and so much more. His numbers over his career are very impressive with averages of 21 PPG, 8 RPG, and 2.4 APG. He ranks 7th all-time in points scored, ahead of the likes of Shaquille O’Neal and Hakeem Olajuwon. For Playoff stats, he ranks 15th in points. Not too shabby for a lanky awkward shooter, eh?

One of my favorite playoff series with Dirk was the 2011 NBA finals where he faced the 3 man unit in Lebron, Wade, and Bosh. On the other end, you had Dirk, Kidd, and Jason Terry. We saw Dirk take over in quite a few of those games as he put up impressive point totals, like in Game 1 when he put up 27 points, albeit in a losing effort. Game 3 Dirk put up 34 points, but again in a losing effort. At this moment, the Heat were leading the series 2-1. Dirk knew he had to lead his team and he did just that in Game 4 when he put up 21 points to lead his team to a crucial victory at home and even up the series. Game 5 is where the big guns came to shoot. Dirk put up an impressive 29 points and Jason Terry was not far behind with 21 points to lead their team to a 3-2 series lead going back to Miami.

In what would turn out to be the final game in the series, Game 6, Dirk was quiet throughout the game. We saw guys like Jason Terry, Jason Kidd, and DeShawn Stevenson take over the game until the Heat pushed back in the third quarter and made it close heading into the 4th quarter. We all knew it was time for German Jesus, A.K.A. Dirk Nowitzki, to take over. He would go on to score a crucial 10 points in the 4th and secure his 1st NBA title along with his 1st Finals MVP. This one must have been so satisfying for him, especially after that brutal 2006 NBA Finals defeat to the Heat.

All in all, Dirk will go down in history as not only the greatest European to lace up the sneakers, but one of the greatest people to play the game. This season we see his numbers and his minutes dwindling. This season is his swan song and we see him mentoring two other Europeans on the up and up in Luka Doncic and Kristaps Porzingis. If those two can stay healthy, then with the guiding hand of Dirk this franchise can become relevant once again. Remember to cherish every moment you see the 14 time All-Star and one-time league and Finals MVP play. We don’t have much time left to witness his greatness.