James Harden: How To Divide The NBA 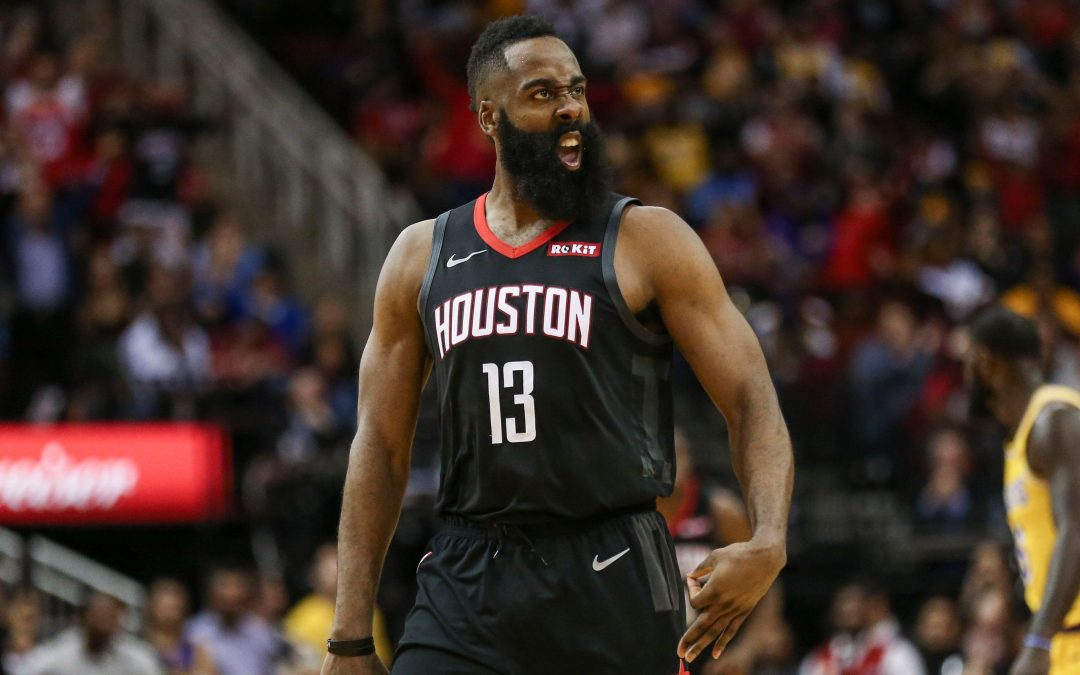 I’ve had multiple conversations with multiple people over the last few weeks regarding MVPs in the NBA and the same sentence has popped up in all of them: “James Harden is probably going to win MVP.” Now, “probably” is the key word here because although we’ve all admitted he is most likely going to win it, that doesn’t necessarily mean that we believe he should or even deserves to. The conversations go either one of two ways: 1) you love what Harden’s doing and think he’s an unstoppable offensive weapon the likes of which we’ve never seen before or 2) you absolutely can’t stand the guy and you think he’s a ref-baiting, overrated, flop who sells fouls like Shawn Michaels sells a Hulk Hogan boot to the face.

There’s literally no in-between. Harden is like the Donald Trump of the NBA. But no matter where you sit on the topic, it’s an interesting dynamic to dive into because I can’t remember a time in recent memory where a MVP candidate was so divisive in The NBA. Even last year, the only knock I saw against Harden’s MVP campaign was that he “didn’t show up” in the playoffs, but this year his achievements have caused a ripple effect in the NBA. Think back to 2016, whether you liked, loved, or hated Stephen Curry, everyone respected him. There was nothing more fun that year than turning on your TV and watching Steph Curry do what he did. Whether you agree with him being a unanimous MVP or not, almost everyone agreed he deserved to be MVP. Same with Russ the following year.

The knocks against Harden are simple: he looks for the foul instead of the basket, he baits referees, he gets too many calls his way, he gets half his 30 point games from the free-throw line. All of these are viable arguments, but they sometimes get taken out of context and there is a counter argument to all of them. Let’s look at some of Harden’s crazy stats thus far.

James Harden is averaging 36.6 PPG on only 37 minutes played per game. That’s the most amount of points averaged on that few minutes since even before Kobe Bryant’s 35 PPG season. He’s also averaging a usage rate of 40%. The last and only person to average a usage rate of 40+ for an entire season was Russell Westbrook. Harden scored 304 straight points unassisted, meaning none of those points were the result of a pass from a teammate. Harden is averaging 10.8 free throw attempts per game, which is his 4th highest FTA average of his career (he averaged 10.9 in 2012, 11.3 in 2014 and 11.7 in 2015). To put the 10.8 FTA into perspective, Lebron James averaged a career high 10.3 FTA per game in 2006 when he averaged 30 PPG with the Cavs.

Harden did average 13.8 free throws per game in the month of January, but that includes the games where he attempted 23 free throws against the Nets and 27 against the Grizzlies. Harden scored 57 points in that game against the Grizzlies and 58 against the Nets. Of those 115 points, a total of 38 came at the free throw line and couldn’t have been assisted, but Harden still made 33 combined field goals over the span of two games and not a single one was assisted. He also had a game where he went 1-17 from behind the arc and still accumulated 38 points against the Magic. Now, he has now extended his streak of 30-point games to 30.

After reading all those numbers, your jaw either dropped to the floor or you threw up in your mouth a little bit. That’s exactly the point I’m trying to make. You either respect the fact that Harden is amazing at drawing fouls and that lethal step back 3 while carrying his team to a 5th seed and breaking records OR you go perform an in-depth breakdown of his play and find every statistical error, every blown call, every travel, every missed shot and bad play you can find. Then, you use that as ammo as to why you dislike Harden and maybe even build a conspiracy theory around it that the league is protecting him for whatever reason.

I’m not here to sway your opinion one way or the other. I just want to explore the anomaly going on in the NBA and how divisive this style of play is to a basketball fan. We could talk for days about Paul George being a better defender–even though Harden is still posting some of his best defensive stats of his career–but none of that will change the fact that Harden has created a real 50/50 split on who is MVP, one we have not seen in some time.

Is Harden your MVP? Want to tell me I’m stupid? Or do you have some advice for my next article? Let me know on twitter: @charliepelk