The Rise of Kyler Murray 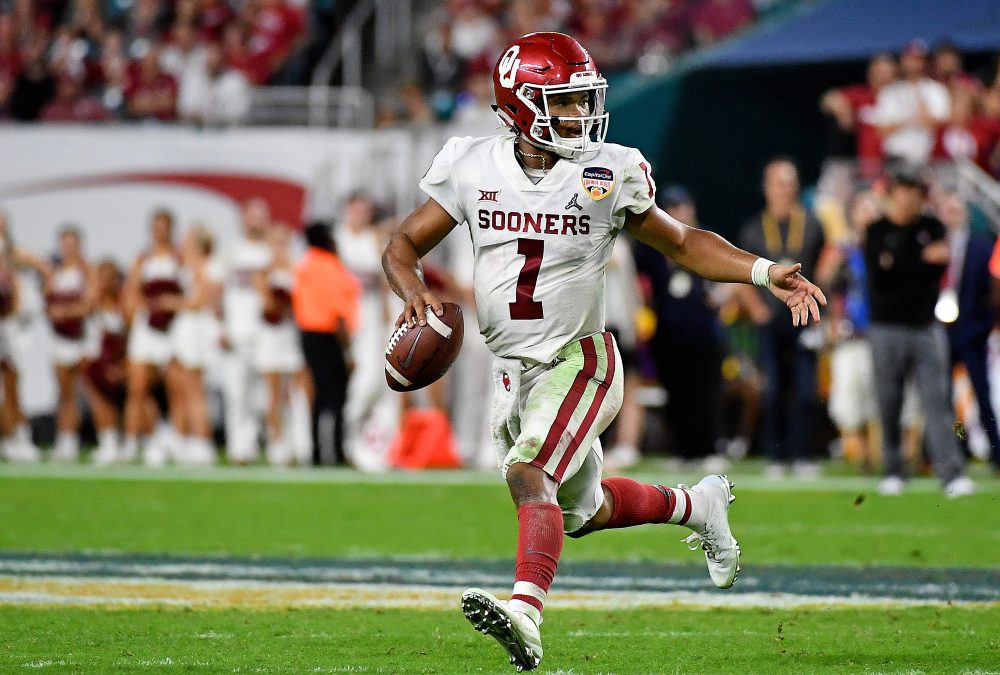 If you don’t know who Kyler Murray is, then you clearly did not watch any college football this past season. Kyler dominated at Oklahoma all season and was awarded the Heisman Trophy after throwing for 42 touchdowns and rushing for 12 more.

Murray played both football and baseball for Texas A&M before he decided to transfer as a walk-on at Oklahoma and was a star baseball player. He was drafted to play baseball for the Oakland Athletics in the first round of last year’s MLB Draft, although he decided to go back to school and play football to fulfill his dream of being a NFL quarterback. Kyler was faced with the option to play a safer sport that gives him guaranteed money with baseball or take a much more risky route and play football with no guarantee of a lengthy career. He chose to enter the NFL Draft and become a quarterback for whatever team ultimately drafts him.

Kyler Murray showed enough last season to be a top QB in the NFL, but there are still too many questions. Murray is somewhere between 5’9″ and 5’11”. Most teams would like to have a quarterback with a tall and big frame so they can better wisthstand hits.

The other question is whether he really wants to play football long term. Murray is an exceptionally athletic player and throws a pretty deep ball. He has everything it takes except being the ideal size and build.

With his red flags, he is still projected to be the only player ever to be drafted in the first round of two sports. Everyone is split and maybe even outraged over the debate on if he can be a star QB in the NFL ever though he is under 6 feet tall.

A few teams that might desperately need to take a chance on Kyler Murray are most likely one of the teams inside the top 10 of the current draft order. Whatever happens in his NFL career, he will most likely have the option to go back to baseball if football doesn’t work out for him.