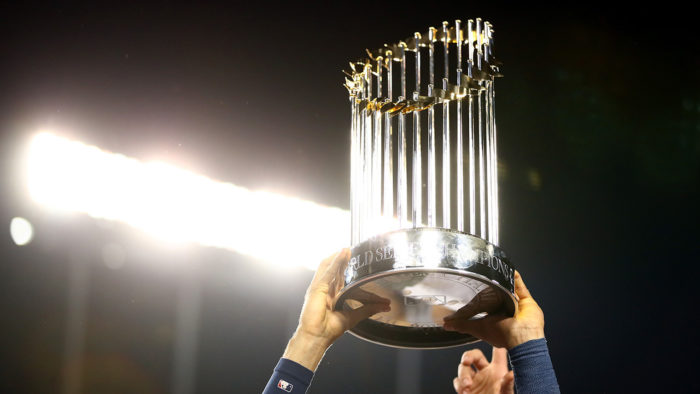 The Mets had a dynamic middle of the lineup, featuring Darryl Strawberry, Kevin McReynolds, and Howard Johnson. Keith Hernandez, Gary Carter, and Lenny Dykstra filled out the rest of the list. The rotation was solid too with Dwight Gooden, Ron Darling, and David Cone.

However, the Mets came up short to the Dodgers in the NLCS in seven games.

The A’s were led by league MVP Rickey Henderson, along with power hitters Mark McGwire and Jose Canseco. Their pitchers were also pretty good, with Bob Welch winning the Cy Young that year. Dave Stewart, Mike Moore, and legendary closer Dennis Eckersley made it hard for opposing batters.

The A’s were ultimately upset in a World Series sweep by the Cincinnati Reds.

The Braves won 104 games in 1993 to barely win the NL West over the Giants. They had stars in David Justice, Fred McGriff, and Ron Gant. On the mound, the Braves had one of the most feared pitching staffs ever assembled with Greg Maddux, Tom Glavine, and John Smoltz.

But, the Braves ended up losing the World Series in a rematch against the Toronto Blue Jays.

The 1995 Indians breezed through the strike-shortened season, winning 100 of their 144 games. Cleveland had incredible talent at the plate with Manny Ramirez, Albert Belle, Kenny Lofton, Jim Thome, and Eddie Murray. On the mound, they had Orel Hershiser, El Presidente Dennis Martinez, and backing them up was 1995 Cy Young Candidate Jose Mesa.

Unfortunately for the Indians, they could not get past the Atlanta Braves with future Hall of Famers Greg Maddux, John Smoltz, Tom Glavine, and Chipper Jones.

The Mariners won 116 games in 2001, which tied for the most wins in a single season in MLB history. The Mariners were led by AL MVP Ichiro Suzuki, who also picked up the American League’s batting title. Along with Suzuki, the Mariners had Edgar Martinez, John Olerud, and Brett Boone. Four of their starting pitchers (Freddy Garcia, Jaime Moyer, John Halama, and Paul Abbott) all won at least 15 games. On top of that, their closer, Kazuhiro Sasaki, saved 45 games.

Even with all of that firepower, the Mariners were upset in five games by the New York Yankees in the ALCS.

People talk about the 2002 A’s because of the big winning streak, but the 2001 team was better. At the plate, they had Johnny Damon leading off, with Jason Giambi, Miguel Tejeda, Eric Chavez behind him. Their pitching rotation was nasty with Tim Hudson, Barry Zito, and Mark Mulder.

In the playoffs, the A’s blew a 2-0 lead in a best of five ALCS against the New York Yankees and were eliminated.