What Reggie Bullock Brings to the Lakers 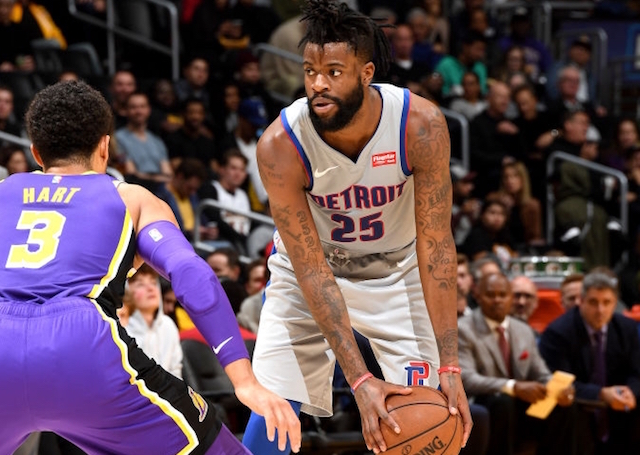 The Los Angeles Lakers did not acquire Anthony Davis at the trade deadline, but they did trade for Reggie Bullock from the Detroit Pistons in exchange for Svi Mykhailiuk and a future second-round draft pick.

Bullock is shooting 38.8% from three-point range, making him the best three-point shooter on the Lakers roster percentagewise. The good thing about Bullock’s game is he is a good catch-and-shoot shooter. His 6.9 points per game off catch and shoot situations accounts for a little over half of his scoring average of 12.1 points per game. The Lakers will be able to utilize this skill set frequently due to all of their playmakers. Lebron James and Rajon Rondo are two of the best in the league in finding spot-up shooters, and they will love Bullock.

Another part of Bullock’s game is he can score off of dribble handoffs and coming off screens; both of which are good traits to have playing with LeBron James. In addition to this, Bullock can step inside the three-point line and knock down mid range shots when needed. Although he struggles to create his own shot, he will help the Lakers with his outside shooting.

Defensively, Bullock likes to use his size to get into and hound players.  He is not very athletic, but he plays with tremendous effort and plays excellent team defense.

The Lakers wanted Trevor Ariza, but the Wizards were not trading him. So instead, the Lakers ended up with somewhat a knock off Trevor Ariza. Bullock may not be as reliable as Ariza, but he is a solid pickup for the Lakers, a team that desperately needed some outside shooting and floor spacing. Bullock will bring that and some toughness on the wing. Look for him to make an immediate impact on the Lakers.