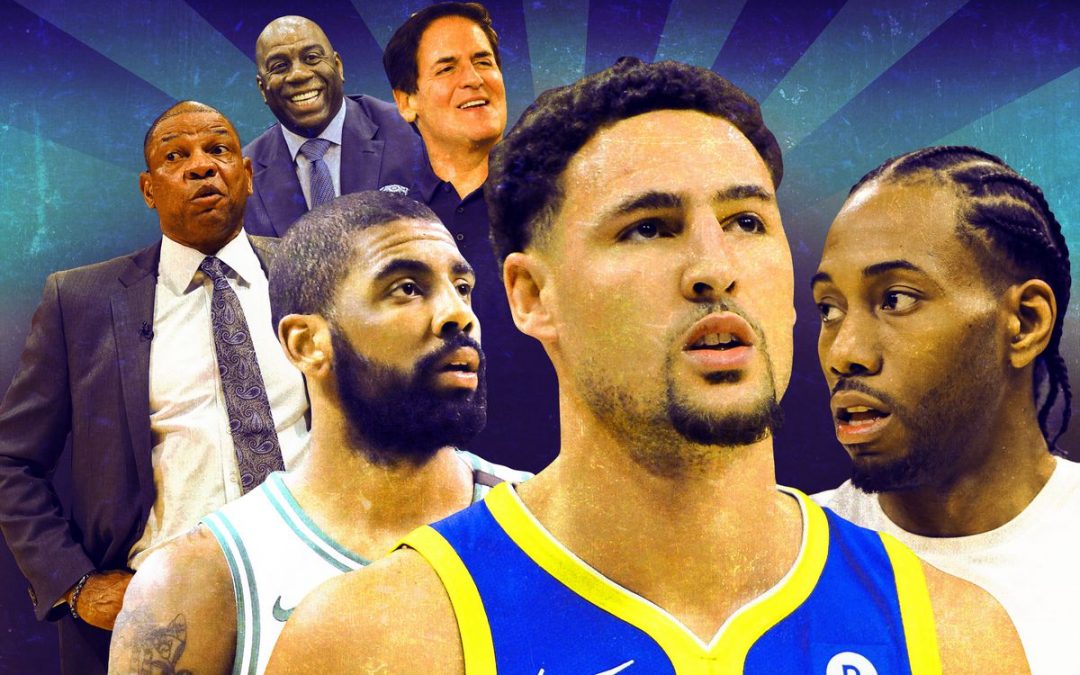 The 2019 NBA regular season has been filled with entertainment so far. But for some teams, they are already looking ahead to the off-season. Here are 7 predictions I have for what will happen once this season wraps up: This is the expectation and anything less for the Knicks will be deemed a disappointment after trading Kristaps Porzingis to free up cap space. These are two of the top 10 players in the league and they could pair up with exciting 2018 first round pick Kevin Knox and the Knicks high 2019 draft pick (RJ Barrett? Zion Williamson? Ja Morant?). For Kyrie, the next best thing to playing with Lebron is playing with Durant. I think Kyrie realizes being a leader to young players is hard and he is okay being one of the faces of the franchise, not the only face. Durant meanwhile wants to be the man and be comfortable as the top guy. Boston doesn’t have the cap space to get involved in a max guy. They will dangle Jason Tatum and acquire Anthony Davis, even if it’s only a rental. LA has to have a plan B to not getting Davis. This is an excellent plan B. Trade for Beal and keep Kyle Kuzma in the process. Additionally, they’ll sign first-time All Star, Nikola Vucevic, who played his college ball at USC and will cost much less than the max. If Davis wants to come in 2020, the Lakers can move Vucevic. But with Lebron getting up there in age, the Lakers cannot afford to sit around and wait another year for Davis, especially given his own injury history and the possibility he could remain in Boston. This has long been the expectation: Kawhi ends up in LA, but not with the Lakers. Clippers have a clean cap sheet moving forward and a handful of exciting young prospects. Kawhi and those developing youngsters, plus Lou Williams, makes the Clippers a bona-fide playoff team. Adding Cousins with the excess cap space makes sense, especially given that Leonard has always played with an all star big man. The Tobias Harris trade was made by Philly to hedge their bets. I could see Butler walking and Harris resigning, plus Philly owes Ben Simmons a max extension. Nets have a strong young core and adding an All Star in Butler to pair with D’Angelo Russell, Spencer Dinwiddie, Caris LeVert and others will keep them a consistent playoff contender for years to come. With Kawhi Leonard gone, Marc Gasol opts out and Kyle Lowry gets traded for young players/picks. Regardless of how the 2018-19 season shakes out for the Raptors, they could be looking at an extended rebuild around Pascal Siakam. Players who will resign with current teams: