The Wire: The Importance of the Waiver Wire in Fantasy Football 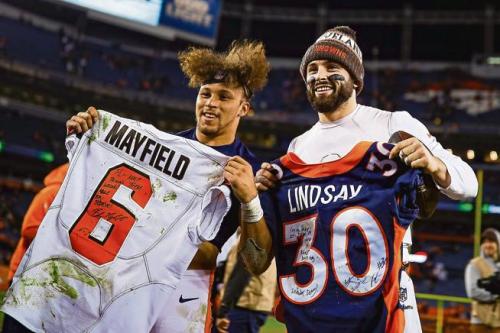 Most people argue that you need to have a top pick in your respective fantasy football draft to do any sort of damage. A top pick generally gets you the top players from the previous year. Guys like Todd Gurley, Ezekiel Elliott or Alvin Kamara. While they may be the type of players to provide you with success throughout the year, a fantasy championship is won through the waiver wire.

Not only is the waiver wire a great tool on a week by week basis, but also if you’re lucky enough, you can land the next Alvin Kamara and have him as a keeper for the following year. Even if your team is not in the running for the money, always utilize that opportunity to make a transaction and better your team for the following year. In keeper leagues, this is especially effective, but in non-redraft leagues it is the key to a title run.

Standout or breakout players are bound to happen whether you like it or not. Be ahead of the curve and find them in the waiver wire. The league MVP, Patrick Mahomes, was not even drafted in some leagues and if he was he didn’t go earlier than round 10. That is an absolute steal and in dynasty or keeper leagues, if you gambled and used a waiver pickup on him, you are feeling pretty confident going into next year. Phillip Lindsay, Baker Mayfield, Nick Chubb, Damien Williams, and James Conner are just a few players that were not even drafted in most leagues last year and will all undoubtedly be top 5 round picks next year (Baker might go one or two rounds later).

Phillip Lindsay was overshadowed by what people thought would be the top guy in Denver, Royce Freeman. Royce Freeman was supposed to be the top guy, but Vance Joseph kept giving Lindsay chances and boy did he produce. Lindsay turned into a fantasy steal. He went from being an undrafted free agent from Colorado into a Pro Bowler. Imagine being able to have this guy as a 12th round keeper or even later next year.

Similarly, with Baker Mayfield and Nick Chubb in Cleveland, they were not looked at in fantasy drafts because there was veteran talent ahead of them. Baker was playing behind Tyrod Taylor and Chubb was behind Carlos Hyde. Hue Jackson finally gave Baker a chance and the rest is history (so far). A few weeks later, Cleveland traded Hyde to Jacksonville and Chubb got his chance. Both of these players made the most of their opportunities and they will be top picks for all leagues next year.

With the Kareem Hunt situation going on, it was next man up in Kansas City. People thought that meant it was Spencer Ware’s turn, but the man from Miami, Damien Williams, stepped up and took the reigns of that backfield. Damien Williams was a diamond in the ruff, and if you were lucky enough to get your hands on him, he rewarded you by averaging north of 15 fantasy points per game in the final four games.

Last but not least, James Conner was a huge pickup late in drafts or even the waiver wire. It’s crazy to think that a top 7 fantasy RB in 2018 was undrafted, but nobody knew what was going to happen with Leveon Bell. If you handcuffed Bell or outright nabbed Conner on the waiver wire, cheers to you my friend; you struck fantasy gold.

Ultimately, having a solid roster from the draft will get you going in the right direction. But, keeping an eye out on that next potential breakout player or fantasy stud is a way to win now and for years to come. Always utilize the tools given to you. You never want to have regret for any reason on a particular player. The best thing about the waiver wire is it costs you literally nothing. All you have to do is be willing to take a chance on a player, watch the NFL insider news, and keep up to date on new information. Trust me, if you take advantage of the waiver wire, you will have great success and will be winning multiple championships.