The Last Straw for NFL Officiating 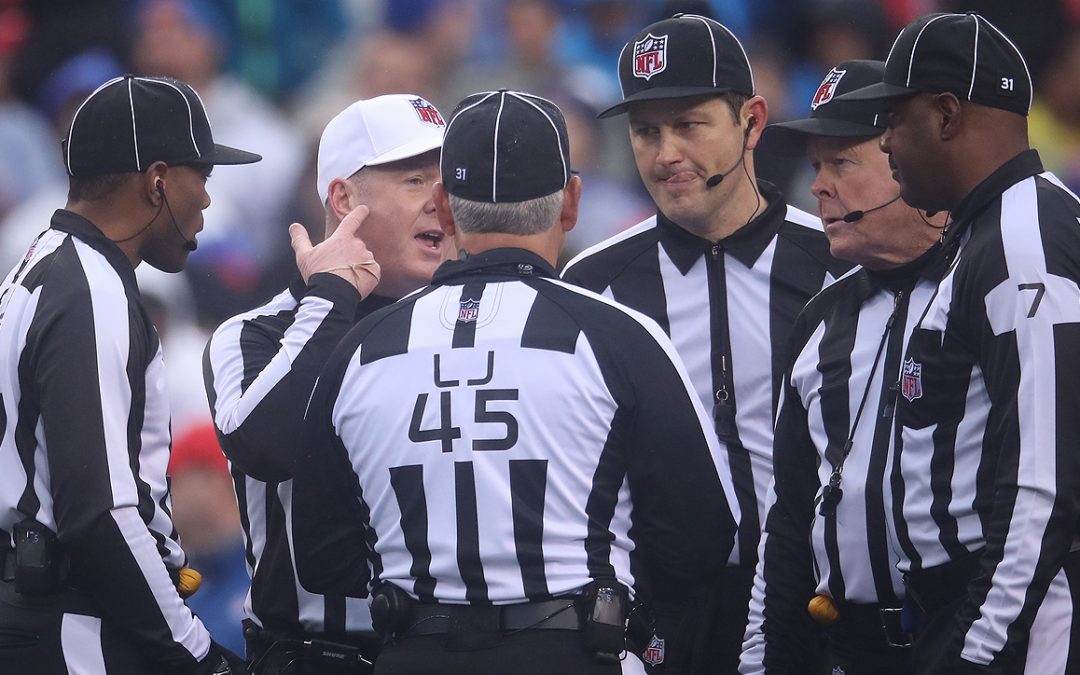 The National Football League has been no stranger to controversy in recent years. We have had multiple cases of domestic abuse, “deflategate,” widespread debate over the national anthem, and now, inferior officiating. The NFC and AFC Championship games took place on January 20th of this year, with both games needing overtime to decide who earned trips to the Super Bowl. Such an improbable feat had never happened before, but all we took from that championship round was how terrible the referees were. The NFL and inconsistent officiating have been linked together since the replacement referees in 2012. Granted that referees are humans and humans make mistakes, we are talking about a multi-billion dollar company that has employees showcase their ineptitude a little too frequently. Change is drastically needed, and rumors are speculating that change is coming.

The New Orleans Saints coaching staff, players, and fans alike are synchronized together in harmonic outrage over what is debatably the worst non-call in NFL history. With the game hanging in the balance, and a first down conversion sealing the Saints trip to the Super Bowl, the most significant play was overshadowed by officiating. On the play, Nickell Robey-Coleman commited two blatant penalties–an illegal helmet-to-helmet hit and pass interference with Saints WR Tommylee Lewis. Referees are only human, and in-game speed should be taken into consideration on calls that are 50/50. However, this was no 50/50 call; this was not controversial like when our lack of knowledge made us questioned what a catch is in the case of Dez Bryant; this was not a play that in real time was easy to miss. This was unquestionably a penalty; you do not have to have prior knowledge of football to understand what Robey-Coleman did was interference. It overshadowed a great game filled with momentum swings and a Rams team that looked dead in the water early, but through defensive stands hung in there and ultimately came back. This should have been an all-time classic that we recall with admiration, but instead plenty of people will remember this game with an asterisk.

The NFL is currently looking at a rule that allows coaches to challenge a non-call, but if wrong on their challenge would lose a timeout and a challenge, just like on any other type of challenge. The New Orleans Saints/Los Angeles Rams NFC Championship game will be remembered as the day NFL officiating changed forever. Hopefully, it changes for the better.