Keys for the Rams and the Patriots in Super Bowl 53 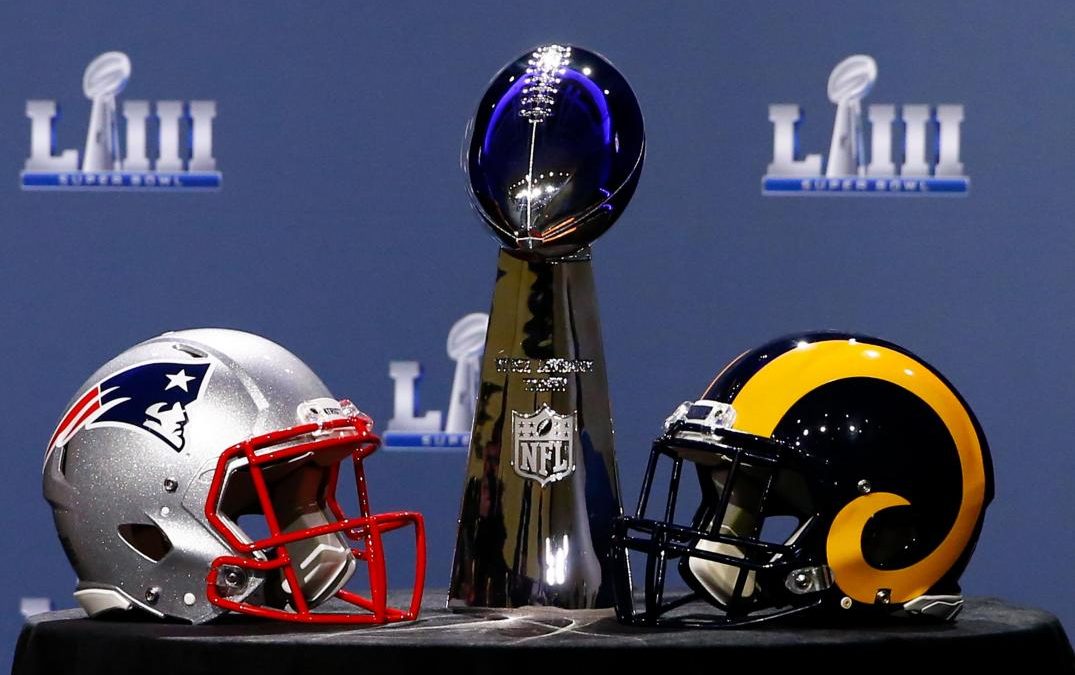 Super Bowl 53 is inching closer. The Los Angeles Rams and New England Patriots are making their final preparations for the game on Sunday. The Rams face a tough task against Tom Brady and Bill Belichick. You know the Patriots will be ready to play, so the Rams better be up to the challenge. Here are some of the keys to the game for each team:

Tom Brady has not been sacked in either of his first two playoff games this season. If the Rams want to win they will need to change that. They need to get pressure on Brady not just from the edges, but up the middle too. If they can pressure Brady from off the edges, he will step up in the pocket and get rid of the ball. Getting pressure up the middle should be a little easier with Aaron Donald, the Defensive Player of the Year who led the NFL with 20.5 sacks, and Ndamukong Suh. If the Rams can get to Brady early and often, it will bode well for them.

The Patriots will try to run the ball on early downs to keep the Rams off balance and slow down the pass rush. Sony Michel, the Patriots’ first-round draft pick last off-season, has run for over 100 yards in both playoff games. The Rams gave up a league worst 5.1 yards per carry during the regular season. However, they have looked much better in the playoffs, and with Suh playing well the Rams may be able to slow down the Patriots running attack.

If the Rams want to win this game, they will need Todd Gurley to be a beast. Look for them to feed him the ball early to get him going, whether that be through handoffs or some touches in the passing game. If Gurley can run the ball well, it will open up what the Rams really like to do, which is play action passes. The Rams are a much more dangerous team when their play action passing game is working. Another added benefit to getting Gurley going early is that it will keep Tom Brady on the sideline for more of the game, where he can’t hurt the Rams.

Take Some Shots Down the Field

Jared Goff will have to make some throws down the field in this game. The Rams run a lot of three wide receiver sets; and the Patriots like to play a lot of cover 1 against that personnel. Cover 1 is a single high safety in the middle of the field with man coverage defense. The Rams thrive against cover 1 defense by running a lot deep and short crossing routes. It will be interesting to see how fast Belichick will adjust if the Rams start beating the Patriots deep.

Sony Michel has been solid in the playoffs so far, running for over 100 yards in both games. The Rams give up 5.1 yards per carry, so look for the Patriots to run the ball early and often. Running the ball will also keep Aaron Donald from being able to focus solely on Tom Brady. Also, running the ball well could open up some plays down the field for the Patriots.

Look for Tom Brady to get the ball out of his hands fast with Aaron Donald coming after him. The Patriots will likely have a lot of quick hitting plays and screens to neutralize Donald as a pass rusher. James White will be huge in doing this with his pass-catching skills out the backfield.

Slow Down The Rams Running Game

The Rams have a two-headed monster at running back with Todd Gurley and C. J. Anderson. It is crucial for the Patriots to slow them down early and force the Rams to be one dimensional, making Jared Goff beat them with his arm. The Patriots do not want the Rams to run the ball well because that will open up the play action pass.

Marcus Peters likes to play off the reciever and watch the quarterback so he can try to jump routes for interceptions. Doing that with Brady will be dangerous. Look for Brady to manipulate Peters with his eyes and pump fakes throughout the game and get big plays because of it.