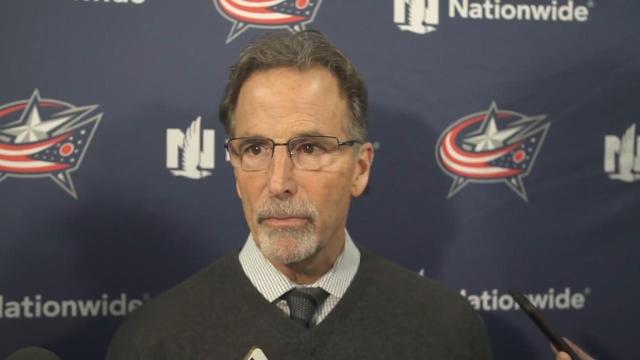 John Tortorella is a Boston born NHL head coach who is currently with the Columbus Blue Jackets. He has also been the head coach of the New York Rangers, Tampa Bay Lightning, and Vancouver Canucks, as well as an assistant coach with the Buffalo Sabres and Phoenix Coyotes. Out of the 1,225 career games he has coached, he has 603 wins, 481 losses, 37 ties, and 104 overtime losses. He won the Jack Adams coaching award back in 2003-04 and again in the 2016-17 season, the Stanley Cup in 2004 and a Calder Cup in 1996. Tortorella was the head coach for Team USA in the 2016 World Cup of Hockey, an Assistant Coach for the U.S. Olympic Men’s Ice Hockey Team in 2010, Head Coach of the U.S. Men’s National Team at the 2008 IIHF World Championship, and an assistant coach for the Men’s National Team in 2005. While the 2010 Olympic team did bring home silver medals, the 2016 World Cup team only won 2 pre-tournament games and none of their 6 games that actually counted.

Now that we have his statistical background, let’s dive into his coaching style. John Tortorella is a yeller. He does not believe in having a conversation or exchanging words at a reasonable volume level. While he has achieved success in his career, eventually he tears apart his teams and causes them to turn on him. The most recent example would be how he reacted to the Blue Jackets’ most recent losing streak (mind you it’s only at 4 games and could be much worse). In pregame interviews prior to their fourth loss, he was quoted as saying the players better agree with his opinion that they were a god-awful team, or they’ll get their asses kicked, with the slight implication that if not by the other team, he would be the one kicking asses.

Tortorella further went on to say that the Blue Jackets played the Sabres with, “absolutely no balls at all,” which is a common tirade for him. He doesn’t believe that there is enough hatred in the NHL today and believes that respect for the opposition shouldn’t exist, basically promoting head hunting and intentional injuring. Tortorella tells his players that if they refuse to “hate” like hockey players are supposed to and used to, then they better work on their acting skills. It’s sad that in a game and a professional sports league where so much respect is given to one another, be it on the same team or the opposition, there is someone out there like him trying to tear it all down. I would love (sarcastically, of course) to hear what he has to say about the “hockey is for everyone” initiative the NHL runs annually.

Tortorella is infamous for getting into it with players and coaches of opposing teams, but it doesn’t end there. He is incredibly rude and disrespectful to the media time and time again. One of the best examples of this would be his insult of telling one media member he was probably beat up at the bus stop a lot as a kid.

It’s hard to find a reason for his players to respect him as a coach when the word “respect” isn’t in his vocabulary. At one point, he had quite a verbal spar from his spot behind the bench with Alex Ovechkin, who was on the ice (here’s a link to the altercation that catches a bit of the argument https://www.youtube.com/watch?v=XUhhQ_Q2nJs). He always yells and feuds with the opposing bench and coaches during games (start at the beginning if you like line brawls to open a game or fast forward to 4:15 to see my point https://www.youtube.com/watch?v=6MFRpipkQu8).

Tortorella, the hater, doesn’t leave it at just verbal altercations either. On January 18th, 2014 after another game-opening line brawl, Tortorella tried to enter the Calgary Flames’ locker room during the first intermission to get into with Bob Hartley, shoving and trying to push his way through security to do so. With that act, he ended up with a 15-day suspension without pay.

Many people may say that he and Mike Sullivan have a similar coaching style, but I would have to disagree. Sullivan expresses his concerns and may yell at officials occasionally, but at the end of the day he respects those around him on and off the ice. He treats his players like the professionals they are, rather than degrading them for the world to see. They have very differing opinions on Jack Johnson and his abilities as a player. And furthermore, we won’t see Sullivan get into a squabble with his starting goalie in the middle of the season like the one brewing between Tortorella and Bobrovsky. It’s rumored that Bobrovsky could be traded before the deadline or leaving this off-season, but maybe it’s time the Blue Jackets send Tortorella on his way?

In short, while Tortorella may have a winning record as a coach, he shouldn’t be called a winner.

Thanks for reading Unwrapped Sports Network fans! I’d love to hear your opinions if you don’t agree with me. Keep it classy!