Assessing the Ties of 30 NFL Teams to Super Bowl 53 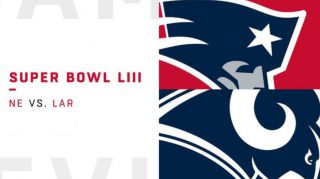 Arizona Cardinals – After Kurt Warner lost Super Bowl XXXVI with the Rams in 2002 to the Patriots, he wouldn’t win another game as Rams starting QB (0-7). He did, however, end his career in Super Bowl XLIII with the Cardinals, in a loss to Steelers.

Baltimore Ravens – Ravens backup QB Robert Griffin was the #2 overall pick in the 2012 NFL draft, courtesy of a blockbuster trade with the Rams. The only guy still there from that trade is DL Michael Brockers. Others acquired were Janoris Jenkins, Isaiah Pead, Alex Ogletree, and Greg Robinson.

Carolina Panthers – Rams RB CJ Anderson started the year with the Panthers, playing 9 games. He had just 24 carries, for 203 yards and did not score. He signed with the Rams in December and started 2 games (with Todd Gurley out injured), carrying the ball 43 times, for 299 yards, and 2 TDs. Additionally, he ran for 2 TDs and 167 yards in 2 playoff games.

Chicago Bears – Bears acquired WR Anthony Miller via a draft trade with Patriots that landed them the 51st overall pick.

Cincinnati Bengals – Rams QB coach Zac Taylor is going to be named Bengals head coach after the Super Bowl. Additionally, Rams LT Andrew Whitworth spent the first 11 years of his career in Cincinnati, before joining the Rams in 2017 and winning his first career playoff game this season

Cleveland Browns – Traded WR Josh Gordon to the Patriots in September (Gordon is currently inactive due to a suspension). Gordon started 11 games, catching 3 TDs before his suspension

Dallas Cowboys – Cowboys acquired long time Rams WR Tavon Austin during the draft. Austin had 21 total receiving/rushing TDs in his 5 years with the Rams. He had 2 total with the Cowboys.

Detroit Lions – Lions are coached by Matt Patricia, who was previously Patriots Defensive Coordinator, from 2012-2017, helping them win 3 Super Bowls.

Houston Texans – From 2007-2011, Bill O’Brien was a Patriots assistant coach, specifically OC in 2011. Current Patriots backup QB Brian Hoyer lost his only ever playoff start with the Texans in 2015

Jacksonville Jaguars – Jaguars traded Dante Fowler to the Rams earlier this season. In 6 starts for the Rams he had 2 sacks, 1 forced fumble, and 21 total tackles.

Kansas City Chiefs – Traded CB Marcus Peters to Rams after last season for a 4th round pick and draft safety Armani Watts, who spent most of the year on injured reserved.

Minnesota Vikings – Cordarelle Patterson was a first round pick (29th overall) for the Vikings in the 2013 NFL draft. Patterson caught 3 TD passes in 2018 and ran for another.

New York Jets – Last off-season, Jets signed CB Trumaine Johnson, who spent the first 6 years of his career with the Rams. He was suitably replaced by Aqib Talib and Marcus Peters.

Oakland Raiders – The Raiders traded their 2010 second round pick (which they initially acquired from Bucs) to the Patriots, who selected TE Rob Gronkowski 44th overall.

Pittsburgh Steelers – RB Stevan Ridley appeared in 10 games for the Steelers this year, backing up James Connor. Ridley was a Patriots third round pick in 2011 and was part of their Super Bowl XLIX winning team over the Seahawks.

Tennessee Titans – Traded out of the #1 overall pick to the Rams, allowing them, to select Jared Goff; In the franchise’s only Super Bowl appearance, they lost to the Rams in 1999 (the Rams only win); Current Head coach Mike Vrabel became the first defensive player to catch a touchdown on offense in Super Bowl XXXVIII for the Patriots

Washington Redskins – Rams coach Sean McVay was an assistant coach with the Redskins from 2010-2016, specifically as Offensive Coordinator from 2014-2016, before being hired by the Rams.