Why Carmelo Anthony Would Fit Well With The Lakers 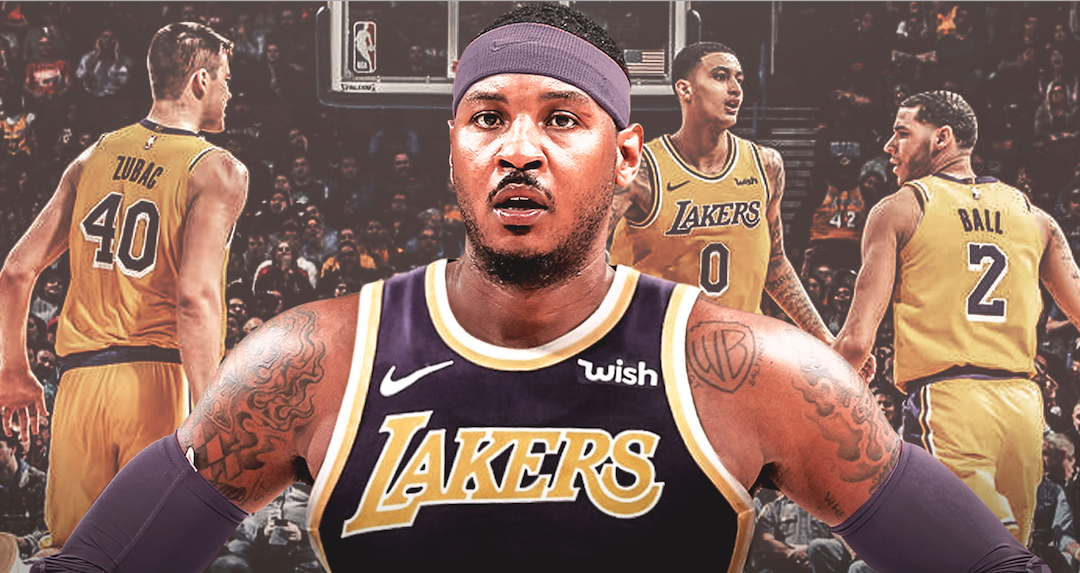 Carmelo Anthony has been tossed around the league like a ragdoll over the past year, as his illustrious career starts to wind down. Last year, he was a member of the Oklahoma City Thunder which led to a disappointing outing in the 2018 Playoffs. The Thunder then traded him to the Atlanta Hawks, who immediately waived him. Once he cleared waivers and became a free agent, he signed a 1-year deal with the Houston Rockets. Most recently, he was traded from the Rockets to the Chicago Bulls in order to clear a roster spot for Kenneth Faried. Funny enough, with the league offices closed on MLK day, Houston then had to release James Nunnally, who was on a 10-day contract, to create the spot since the Melo trade couldn’t process that day. I sound like a broken record player, but Mr. Anthony was waived by Chicago then becoming a free agent yet again. One possible destination: The Lakers. Los Angeles is rumored to have interest in the 10-time All-Star.

Longtime friend and Laker, LeBron James, has always flirted with the idea of eventually teaming up with Anthony. Dating back to high school, these two have always been close. They both entered the league in the same draft class back in 2003. They’ve had many memorable battles on the floor throughout their careers and even go on family vacations together, along with fellow NBA Superstars Chris Paul and Dwyane Wade. “I really hope that, before our career is over, we can all play together,” James told Bleacher Report in an interview back in 2016. “At least one, maybe one or two seasons — me, Melo, D-Wade, CP — we can get a year in. I would actually take a pay cut to do that. It would be pretty cool. I’ve definitely had thoughts about it.” This interview took place after the viral “Banana Boat” picture surfaced from a vacation James, Anthony, Wade and Paul took in the summer of 2015. Carmelo was not featured in the infamous picture, but is still considered a member of the Banana Boat squad. It’s extremely unlikely that the Lakers add all of them since Wade is in the midst of his farewell tour and Paul seems to look very comfortable in Houston. But adding Carmelo is a very real possibility for the Lakers. It’s all a matter of creating a roster spot and deciding whether he would be a good fit alongside LeBron and this young core that Magic Johnson and Rob Pelinka have built.

His outside shooting and ability to create his own shot would add a much needed spark off the bench in Los Angeles. Anthony had an issue accepting his role as a potential 6th man on a contending team once before, so his willingness to do so would be a necessity. Carmelo became disgruntled in Houston being called a problem in the locker room and was unfairly blamed for the Rockets slow start. Anthony has only played 10 games this season due to himself and the Rockets mutually agreeing to part ways after the drama died down. Believe it or not, he showed flashes of his old self from time to time. One performance that comes to mind was a 28-point game off the bench in a win over the Nets on November 2nd. In that game, Anthony shot 75% from the field and 67% from three, making six of his nine shots from behind the arc. He also had games of 24 and 22 points during his brief tenure with Houston.

Anthony would most definitely provide the Lakers with outside scoring and aggression that they don’t currently have in their second unit on a consistent basis. Michael Beasley, in the games he has been played, has been solid. Lance Stephenson, although erratic, has been a nice spark for LA and Josh Hart has been an exciting young piece off the bench. This, of course, is the pre trade deadline roster. Who knows how the roster will be constructed if an Anthony Davis trade were to actually happen. In order to even add Anthony to the team, the Lakers would have to create a roster spot at the deadline. A deal would likely include some rotation players such as Kentavious Caldwell-Pope, Josh Hart, Moritz Wagner or Ivica Zubac. Swapping a few of these rotational guys for a “Three and D” type player like Wayne Ellington or Terrence Ross would, in turn, give the Lakers a capable role player and create a roster spot for the 2013 scoring champion. As the looming trade deadline nears, it will be interesting to see if the Lakers actually pursue Carmelo Anthony. He would be a good fit for this LeBron-led team.

Will Holtz is a Contributor to the Unwrapped Sports Network website.