Three Teams That Should Go After Nick Foles 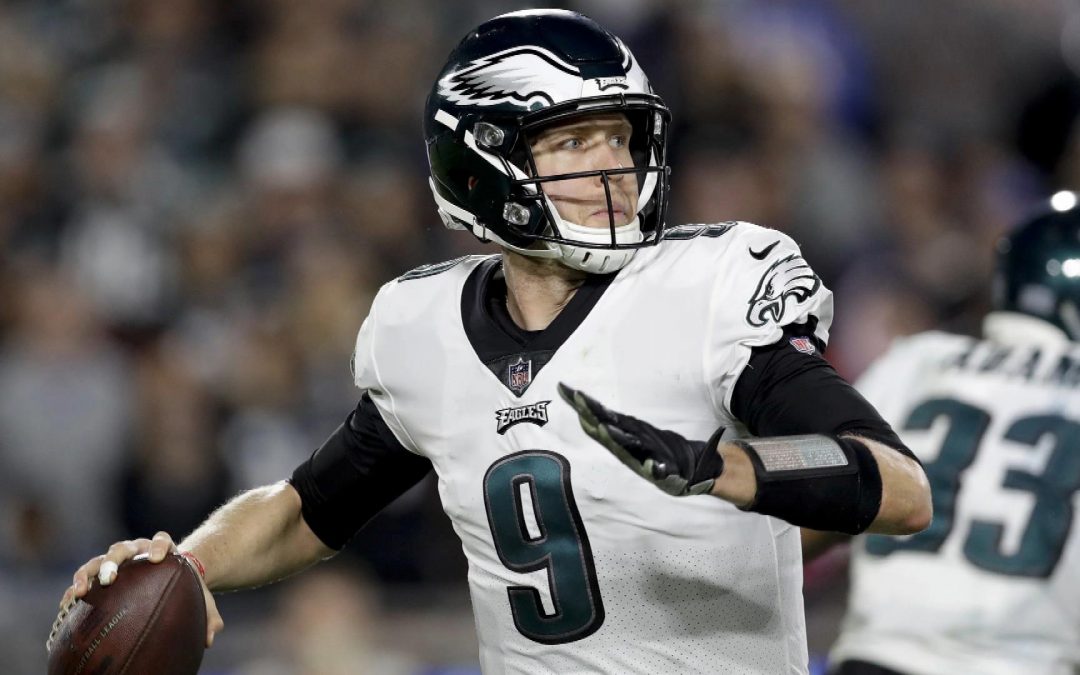 The Eagles have a tough situation to deal with this off-season. They currently have two QBs on their roster that are worthy of being named the starter. Eagles head coach Doug Peterson said to the media that QB Carson Wentz is the starter going into 2019; but what does that mean for Nick Foles? While Philadelphia would undoubtedly like to retain Foles, the only way to do so is to accept his $20 million option for next year–something that they cannot afford to do. Philadelphia is at the bottom of the league when it comes to their salary cap room, that makes it nearly impossible to keep QB Nick Foles on the roster.

Given Nick Foles becomes a free agent, here are the three teams that make the most sense to go after Foles: Miami is the best fit for Foles. They have a new system that will allow them to add Nick Foles directly into their system if they decide to part ways with QB Ryan Tannehill after his recent poor play and history of injuries. Foles plays at his best when he can spread out the field with athletic receivers. Miami has the ability to do that with Foles as their starting QB. Broncos GM John Elway has yet to find a quality QB after Peyton Manning’s retirement. Last year they signed Case Keenum after his surprisingly good year with Minnesota; but this year he only threw 18 touchdowns to go along with 15 interceptions. Nick Foles may be Elway’s next experiment in Denver. Jacksonville may be the team willing to go all in on a player like Nick Foles. They seemed to be one quality QB away from winning a Super Bowl two years ago. Foles has the championship experience that Jacksonville needs to finally win a Super championship.