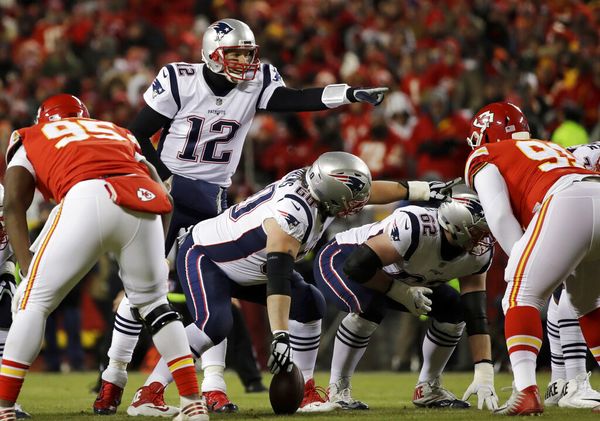 Death, taxes, and the AFC going through the New England Patriots. This is what we have all become accustomed to in the NFL. The Patriots, who played in an all-time classic game against the Kansas City Chiefs in this year’s AFC championship in Arrowhead, are going to the big one again this year. They will be representing the AFC for the ninth time in the Brady-Belichick regime, and for the fourth time in the last five years.

This time around they will be playing the Los Angeles Rams with whom the Patriots have a history. The Patriots began their reign of dominance against this very organization 17 years prior in Super Bowl 36, back when the Rams were still playing in St. Louis. It was February 3, 2002; George W. Bush was just a little over one year into his tenure as our nation’s president, and Nickelback had the #1 song in America with “How you remind me.”

It was a different world back then, but within the confines of the NFL universe, seemingly not all that much has changed. Super Bowl 53 will be played 17 years to the date of the Patriots first Super Bowl ring. In an era where parity is as present as it is in our league, the Patriots have found a way to steadily be great for a long duration of time. Tom Brady has a chance at Super Bowl ring number 6, which would put him in a league of his own.

But Sean McVay and this Rams team pose no easy task for New England. This is a Rams team that has proven over the course of this postseason that the narrative given to them that they can not win big games was false. The team that went into Soldier Field in Week 14 and put up 6 points and was beat in every aspect of the game is much different than the team going into the Super Bowl. They silenced the offensive line of the Dallas Cowboys, controlled Ezekiel Elliott, and in their last game controlled the two-headed monster known as Mark Ingram and Alvin Kamara. Their victory against the Saints in the NFC Championship might come with an asterisk for plenty, but they have scratched and clawed their way to a date with destiny.

The Patriots, whom at times during this season stagnated offensively, have seemed to find their rhythm when it has mattered most. Such is the Patriot Way, man-handling a LA Chargers team with skill and depth every which way you look. Then against the Chiefs in Arrowhead, played the possession game in the first half and got into a shootout in the second half against Patrick Mahomes and Andy Reid and lived to tell the tale.

A lot is riding on next Sunday. Will the boy genius Sean McVay outwit one of the greatest coaches of all-time in Bill Belichick? Will Tom Brady enter uncharted territory and continue to build upon his already first ballot Hall of Fame resume? We will have all our questions answered on the 17-year anniversary of the birth of the greatest dynasty of recent memory.

Nolan Jensen is a Contributor to the Unwrapped Sports Network website.