The Future of The Denver Broncos 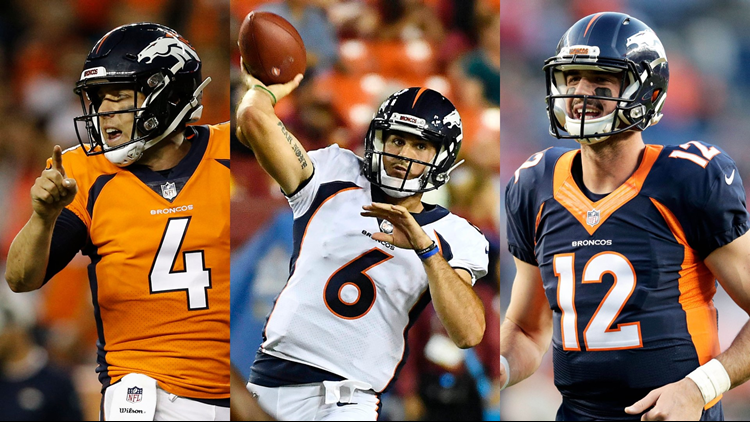 After winning Super Bowl 50, it seemed as if the Denver Broncos were becoming a top dog in the NFL. We’re now in 2019 and it’s apparent that we were completely wrong. Three years and four starting quarterbacks later, the Broncos are still left without a long-term solution at the position. General Manager John Elway is most definitely the one to blame. To start, let’s highlight the awful selection of Paxton Lynch at pick number 26 in the 2016 draft. When it seemed like things couldn’t get any worse, Trevor Siemian, a seventh round pick in 2015, was given the starting job. After that failed, the “Brock Osweiler Comeback Tour” was next and failed miserably. The signing of Case Keenum this offseason, who had an impressive year with Minnesota in 2017, gave Broncos fans hope. Optimism in Denver quickly faded as we all witnessed horrible losses to the Jets, 49ers, Raiders, and the Browns.

Anybody with eyes can see that quarterback is their most pressing need and the 10th overall pick in this year’s draft seems like the perfect place to find him. This year’s draft class is loaded with defensive talent, many of which will be available in the second round. With that being said, the Broncos need to pull the trigger on a true franchise QB with their first-round draft pick. There are many viable prospects that could fill this role, but Denver should narrow it down to two candidates that I believe are the best fits: Dwayne Haskins and Drew Lock. Both quarterbacks showcased their talent and skill set this past year and are best equipped to start right away in the NFL.

In a very short amount of time, the Broncos seem to be taking strides in the right direction. They started this offseason with a bang, firing last season’s head coach Vance Joseph. The search for the next man in charge ended with Vic Fangio, who spent the last four years as the defensive coordinator for the Bears. Fangio has thirty two years of NFL experience under his belt, which is beneficial for a team currently searching for an identity. The hirings of Mike Munchak, arguably the best offensive line coach in the league, and Rich Scangarello as their new offensive coordinator will surely change the culture in Denver. They bring a fresh, new mindset and scheme to this offense that has struggled for quite some time. Adding an elite O-Line coach to oversee this already talented offensive line will give the future quarterback immediate comfort at the line of scrimmage. Although this is just a start, the Broncos are already making smart decisions towards what potentially could be a lengthy rebuild. With that being said, I believe that with the right offseason moves, Denver has a chance to sneak into the playoffs as soon as next season.