The Greatness of Tom Brady 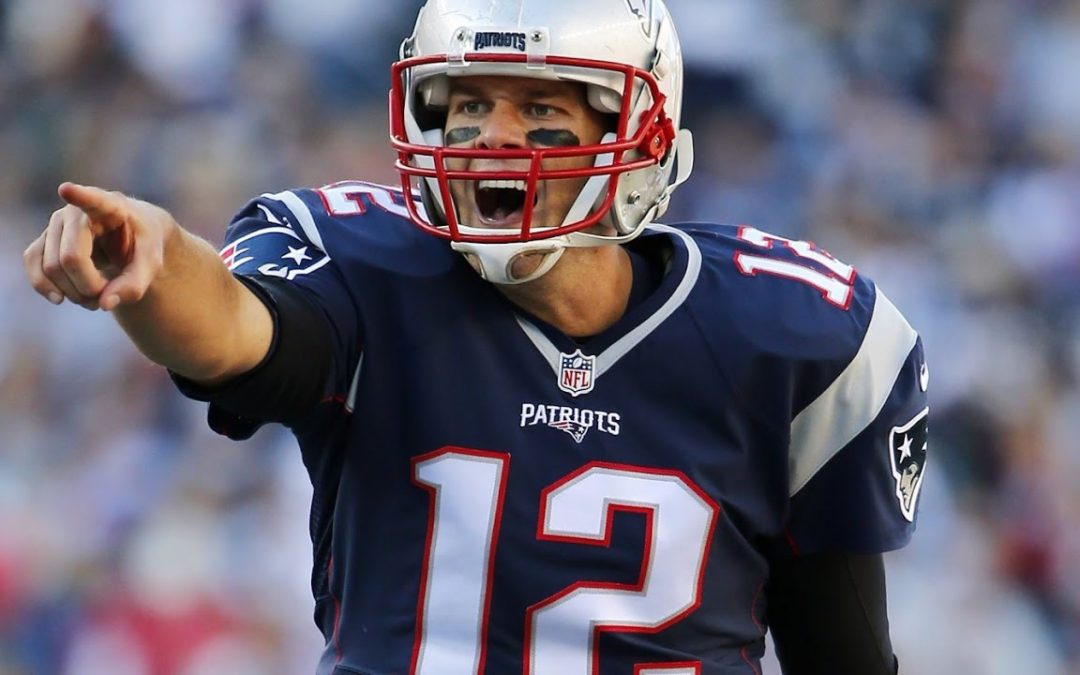 Three in a row, four out of five, five out of ten, nine out of *eighteen (seventeen). Believe it or not, those ostentatious numbers are Super Bowl appearances. Any quarterback would be happy with just one appearance, but they all belong to one man: Thomas Edward Patrick Brady. He’s 5-3 in the big game, with another opportunity to win next week. Every Patriots win has been a nail biter (being down 28-3 against the Falcons, Malcolm Butler’s heroics at the goal line, Rodney Harrison’s pick with :17 left, Vinatieri’s kick as time expired, Vinatieri’s kick as time expired…yes it has happened twice). Their losses have been just as intense (the miraculous and/or controversial Tyree helmet catch, the Manningham sideline catch, Foles’ illegal formation trick play). Whether you like the team or not, you can’t deny Brady’s greatness.

His playoff record is 29-10, so far, with a chance to make that number even more impressive next week. He’s made it pretty clear that he’s going to keep playing past this season as well, so that number is bound to go up even more. It seems that the Patriots make the playoffs every season, hence his thirty plus postseason records. Most of them are positive, unlike Nolan Ryan’s most batters walked or Andre Drummond’s missed free throws in a game.

Pick 199. A scrawny, slow, four year player out of Michigan, a pick that nobody agreed with at the time. Mo Lewis’ vicious hit to Drew Bledsoe’s ribcage that ended his season paved the way for number twelve to step in. There has been no shortage of controversy surrounding him since entering the league. The Tuck Rule, Spygate and Deflategate are just a few that come to mind. The headlines never stop when it comes to Mr. Brady: Tara Reid in the luxury box, leaving a pregnant Bridget Moynihan for a Brazilian supermodel, Alex Guerrero, Brady and Belichick supposedly hating each other, Jimmy G taking over as Quarterback. The man claims he’s never eaten a strawberry in his life (which has to be BS since he grew up in California). Tom Brady is the face of an uber successful franchise that tends to breed discontent from everybody outside the zip code, so the hate is expected.

Tom Brady has been the one and only constant on the field for the Patriots through this whole journey. Receivers, running backs, tight ends, they’ve all been expendable. The way he sees the field makes just about any player who’s willing to learn and put in the time surprisingly successful. Patten, Givens, Johnson, Brown, Jackson, Caldwell, Aiken, Gabriel, Tate, Stallworth, Redmond, Gaffney, Watson. Outside of New England, these names don’t mean much, but #12 gave them a name inside Gillette Stadium. For every Randy Moss that’s caught a pass, there’s two more hardly heard of guys that required help over the top letting Moss get free. For every Corey Dillon, there’s a Benjarvis Green-Ellis and Brandon Bolden scrapping for tough yards and catching passes on third and seven. There’s a saying in Foxborough: “Do your job.” That is exactly what Tom Brady has done for what seems like ages now.

There comes a time when you need to call it quits because father time never fails us. Your body doesn’t agree with your routine anymore, your mind isn’t as sharp as it once was, off-the-field obligations may become more pressing, the list goes on and on. It’s a matter of time before one of these things takes down the great Tom Brady, but I don’t think we’re there quite yet. With that being said, this season would be a crazy way to go out. Full circle, Pats vs Rams, February 3rd. What a game this will be.

Michael Doane is a Contributor to the Unwrapped Sports Network website.