Mastering The Art of the Turnover 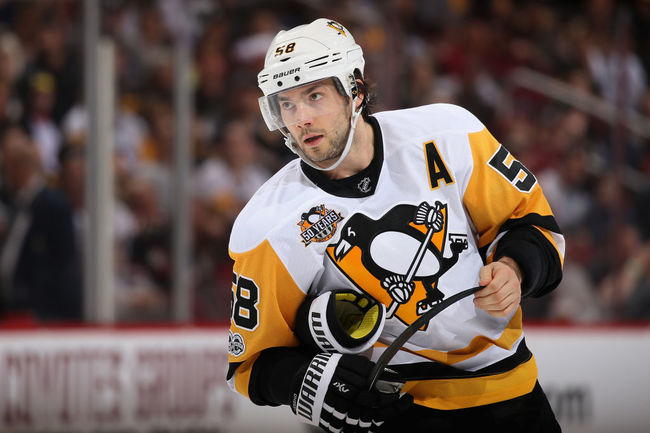 Kris Letang has put up some impressive numbers for the Pittsburgh Penguins so far this season. He has 40 points in 46 games played and is a +9 on the season which is on par in comparison to other top names for the Norris such as Brent Burns, P.K. Subban, and Victor Hedman. However, Letang also has 55 giveaways, putting him on track to surpass his previous high of 89 last year. I know what you’re thinking, compared to Brent Burns, those numbers aren’t that high. But how many times does a Brent Burns turnover lead to a goal? Not to mention a detrimental short-handed goal while on the power play.

Honestly, it’s hard to see his achievements on the ice through all the turnovers. Kris Letang has mastered the art of the turnover, it’s almost impressive. He gives us your typical turnovers: apple, cherry, blueberry, peach, intercepted passes, failed pinching attempts, and poor puck handling. Letang also likes to get creative with his turnovers: boysenberry, tofu, chili cheese (one of Kessel’s favorites), perfect passes to the opposition while on the power play, voluntarily handling the puck in front of his own goalie while under pressure, and passing the puck to nobody on an offensive rush up the ice. Let’s not forget the consistent icing on top of the costly turnovers. Letang has an uncanny ability to shoot the puck when at least three opponents lineup between him and the net. He will hold onto the puck in the offensive zone until he doesn’t have a clear lane to shoot and THEN HE SHOOTS (turning over the puck). He rarely fails.

Since he returned from his long-term stint on the IR with a herniated disk resulting in surgery and six months of recovery, it seems that he lost some of his hockey sense. For you guys who don’t know, hockey sense is anticipating what is going to happen during gameplay and reacting to it before it happens. When making calculated plays and passes, Letang is missing that gut instinct, that last second decisions to make a move in hopes to achieve better results.

It may be hard to believe after reading the top portion of this article, but Letang is actually a great NHL defenseman with an impressive record and even better numbers. Although I may not be happy with Letang’s on-ice performance as of late, you can’t help but to respect him as a person. The Letangs volunteer at various events around the city and Kris has a collaboration with Edgar Snyder and Playworks, making appearances at floor hockey, and other field day type, events. He and his family have given a lot back to the city of Pittsburgh, which you have to respect. While I won’t be nominating him for the Norris Trophy any time soon, he certainly has made a name for himself both on and off the ice.

A. Kam is a Contributor to the Unwrapped Sports Network website.