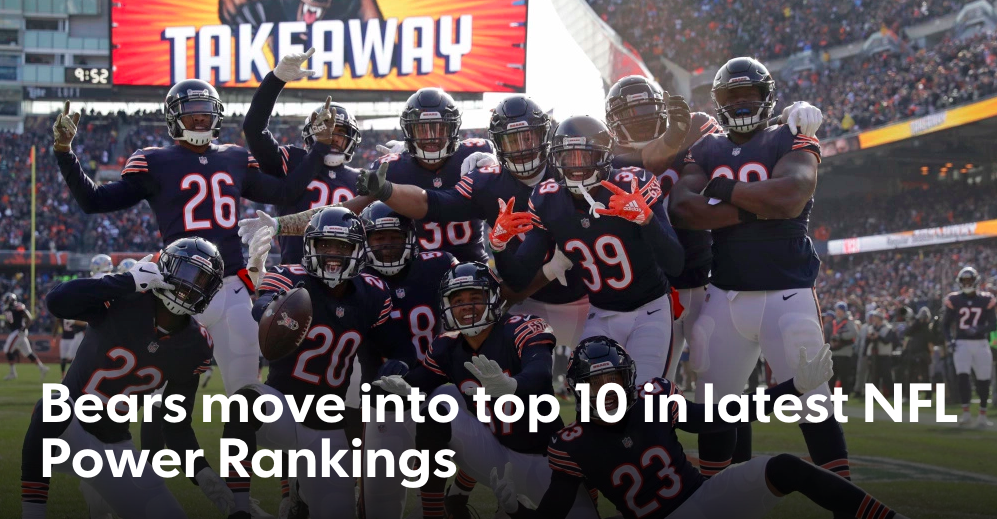 The Bears must retain key pieces of their core in order to build on the success they found this year. A good start would be resigning Adrian Amos (Safety), Bryce Callahan (DB), along with other role players that helped Chicago become a top defense this past season.

After losing their defensive coordinator Vic Fangio to a head coaching job for the Denver Broncos, new defensive coordinator Chuck Pagano needs to begin the season with a hot start for the Bears to remain a force to be reckoned with. Pagano once coached an all-time defense with the Baltimore Ravens before becoming the head coach of the Indianapolis Colts in 2012.

I believe the Bears will be quiet in free agency this offseason based on their lack of current cap space. They will be looking for steals in the later rounds of the 2019 NFL draft, most notably offensive line and pass rush depth.

This season the Bears have a rather tough schedule compared to the rest of the league. Chicago swept Minnesota and Detroit in their division games this past year, which was impressive. The toughest challenge in 2019 will be finding a way to beat the revamped Packers in Green Bay. After Green Bay fired coach Mike McCarthy mid-season, they decided to hire offensive guru Matt LaFleur as head coach, who was the OC for the Tennessee Titans last year. They’re looking to find the right play caller that will push QB Aaron Rodgers and change their overall culture.

Bears could look for a few players like these in the draft:

The stand out DE ended his career for Miami on a high note, recording a team-high nine sacks. With Jackson’s speed on the edge, the Bears could find a gem like him around the 3rd-4th round.

After taking over for Ryan Ramczyk, the Saints first-round draft pick last year, Edwards had an up and down year. With that being said, he showed great promise and potential at times. He could possibly replace Bears OT Bobby Massie who is a free agent this offseason.

Once again, the Bears need pass rush depth and Ferguson should be available in the later rounds of this draft. Standing at 6’5″, he is a big body on the defensive side of the ball. His downside is that he is already 23 years old and will have less time to develop than some of the younger players in this draft. With that being said, he could be in a position to start and contribute right away.

Josh Dusablon is a Contributor to the Unwrapped Sports Network website.