Fred McGriff Should Be In The National Baseball Hall of Fame 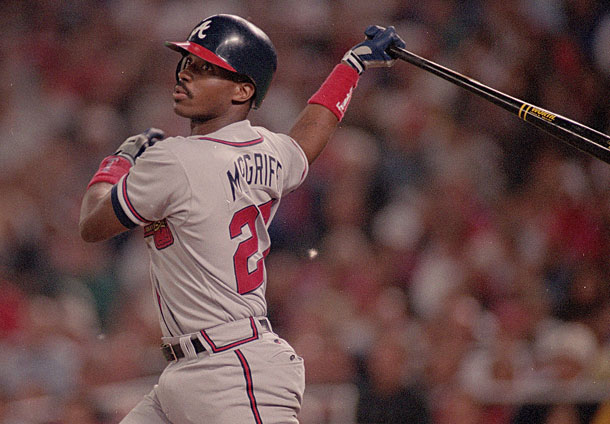 The National Baseball Hall of Fame just announced their inductees for this year. Roy Halladay, Edgar Martinez, Mike Mussina, and Mariano Rivera were all inducted, receiving more than 75 percent of the vote. What’s mind-blowing to me is that Fred McGriff didn’t even get a look in.

Why is that mind-blowing? Fred McGriff received 39.8 percent of the votes in his tenth and final year on the ballot. He played 19 seasons hitting 493 home runs, just seven short of the 500 mark. McGriff added .284 batting average with 2,490 total hits. He played in both the American and National leagues hitting more than 200 home runs in both leagues 224 (American) and 269 (National). McGriff has 300 more RBIs, 183 more home runs and 250 more hits than newly inducted Edgar Martinez. McGriff won a World series and actually played defense.

From 1988 to 2002 it will be hard to find a more consistent player than McGriff. I think McGriff was overlooked because of the numbers Barry Bonds, Mark McGwire, and Sammy Sosa were  putting up during the steroid era. He finished his career as a five-time All-Star, three-time silver slugger award winner and was awarded two home run titles. In addition, he finished top ten six different times in MVP voting. Now it’s up to the veteran committee to vote Fred McGriff into the Hall of Fame in a couple of years. He truly deserves it!

Lamarr Fields is a Contributor to the Unwrapped Sports Network website.